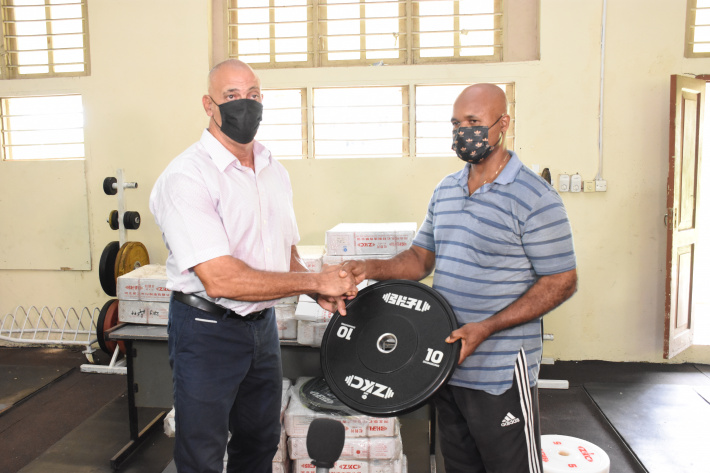 The equipment arrived late last year but it was only yesterday that Seychelles Weightlifting Association (SWA) president Robert Rose handed them over to coach McDonald Henriette who is also a member of the SWA executive committee, at the Freedom Square gym.

The equipment include four sets of training weights, barbells and initiation dumbbells for children.

The arrival of the equipment is a shot in the arm for local lifters as four of them ‒ Rick Confiance, Ruby Malvina, Romantha Larue and Clementina Agricole ‒ are preparing to take part in next month’s Mauritius International Open Weightlifting Championships 2022 which will also serve as a qualification event for the 2022 Birmingham Commonwealth Games.