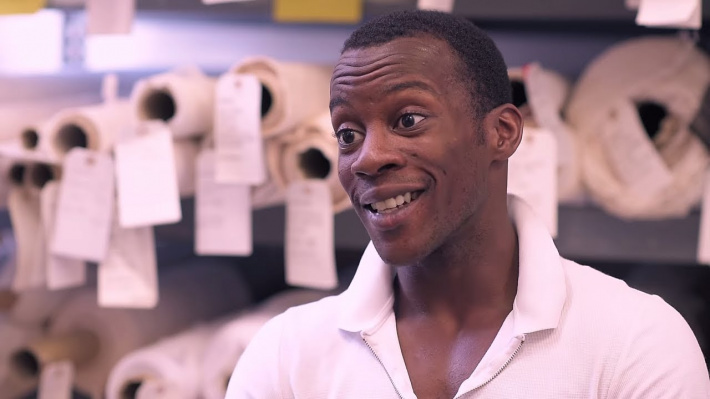 Shevelle Dynott, a reputed British ballet artist and an emissary for talent scouting projects such as The Royal Ballet's Chance to Dance, is currently in Seychelles conducting training sessions during which he will be sharing his expertise in the art of ballet dancing with a group of young boys on La Digue.

Mr Dynott is recognised by his roles for English National Ballet productions of The Nutcracker as the Mouse King, The Moor in Fokine’s Pertrushka.

Mr Dynott’s dance career began with classes at primary school in Brixton, London, attracting the attention of the Royal Ballet’s scouts for inclusion in their outreach programme Chance to Dance and the Royal Ballet School Junior Associates Programme.

He successfully auditioned for the Royal Ballet Lower School in 1997 and remained with the School until 2005 when he moved to English National Ballet as a company artist.

Mr Dynott is also Ambassador for The Royal Academy of Dance Project B. Mr Mr Dynott has also appeared in high fashion magazines and worked with renowned photographers including Dave La Chappelle and Rankin.

He has been featured in music videos and has performed on main stages at various festivals including Glastonbury.

Mr Dynott’s programme in Seychelles is an initiative of theNational Conservatoire of Performing Arts (NCPA) which is being supported by the Seychelles National Institute for Culture, Heritage and the Arts, the British high commission, the Seychelles Tourism department, among others.

As soon as he arrived on Sunday, Mr Dynott was transferred to La Digue.

But why choose La Digue for the ballet training?

The director of the NCPA, Pierre Joseph, told Seychelles NATION that unlike any other district, La Digue has a group of 16 young boys who have been practicing and doing ballet dancing for three years now as part of the School of Dance’s outreach programme to allow young people to develop their talents in this form of dance.

“The group on La Digue is very enthusiastic and has been practicing whenever possible,” said Mr Joseph.

He noted that unfortunately because of Covid-19, only nine boys are taking part in the training session.

The training taking place at the La Digue Lodge workshop’s venue was launched on Monday morning by the chief executive of the National Arts Council (NAC) Jimmy savy.

The accompanying photographs show some highlights of the opening session on Monday. 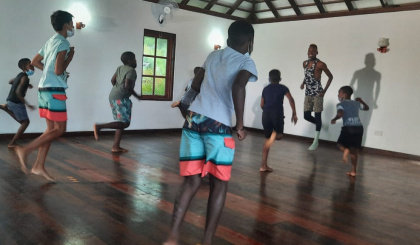 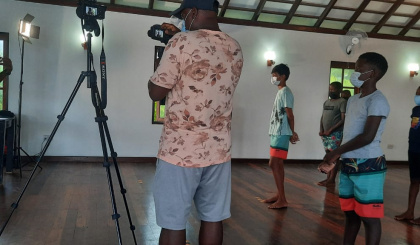