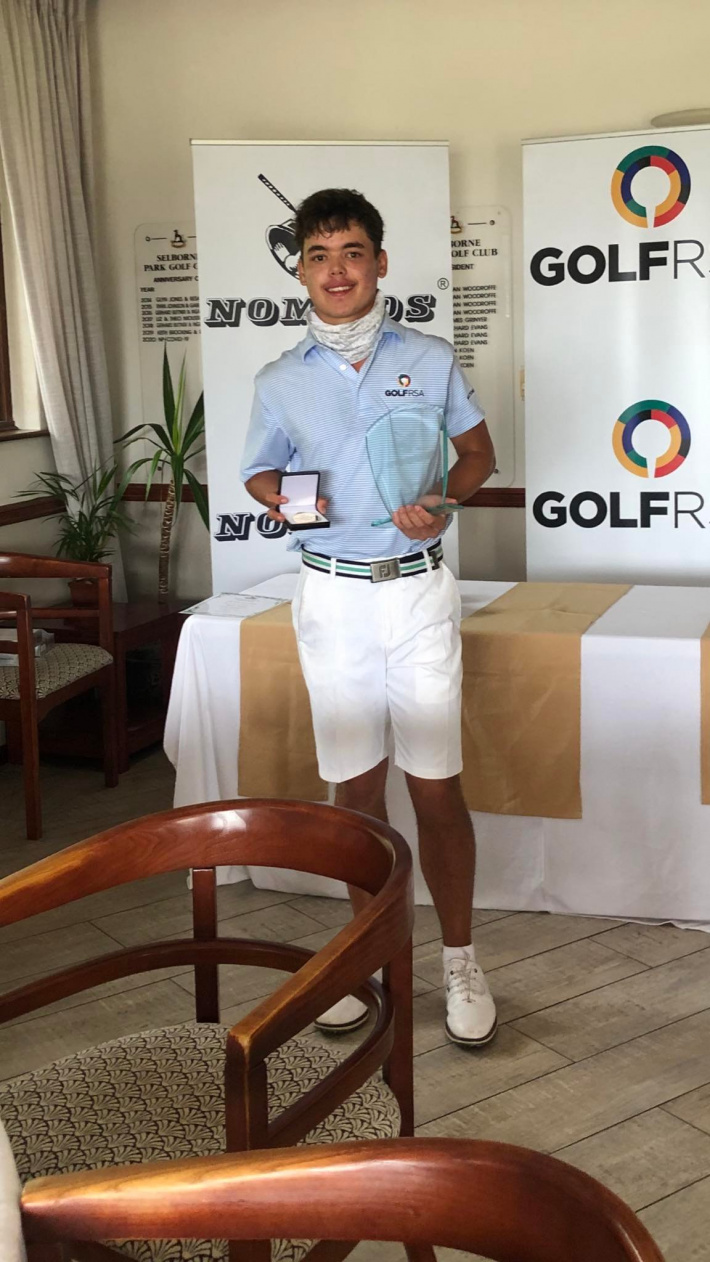 Young Seychelles-born golfer Jaden Deltel is the winner of the inaugural Pawpa Sewgolum Cup played in association with Nomads at Selborne Golf Club, near Durban in South Africa.

Deltel has thus started the year 2022 with his first under-19 win captured yesterday.

In fact, it took two extra holes, but a solid approach on his third trip down the 18th set for Deltel to nail the birdie putt to seal victory in the Pawpa Sewgolum Cup played over two days ‒ Thursday and Friday January 6 and 7 ‒ on a tricky coastal course. A total of 36 holes were played on day one and the remaining 18 the following day.

A member of the South Africa national squad, Deltel defeated fellow Bryanston strokes after the 54 holes. Deltel fired rounds of 71, 72 and 70 for a three under par total which was enough to get him into the payoff to decide the winner against Gunther who scored 72, 70 and 71.

“Play was amazing, pretty much as I imagined. It was a tough day out there and I had to grind it till the end. Pascal played great and it was a really fun playoff,” Deltel was quoted as saying.

Deltel, who is originally from Seychelles, said the humid condition on the greens did not affect him as he is used to this condition in Seychelles but had to drink a lot of water to stay hydrated during the competition.

This is his second win after already winning at under-15 level in 2018. He is now set to move into the top 10 in the South Africa junior rankings and is already the 20th rankled golfer in the country across all golfers.

Born and raised on Mahe in Seychelles, in 2004 to 2017, Deltel is now chasing his dream of playing pro golf in his adopted country of residence South Africa.

The tournament was the first national under-19 event of the year 2022 and it was named after Sewsunker ‘Papwa’ Sewgolum, a fantastic South African golfer of Indian descent and a world-class talent who, at times in his prime, could not compete in the national championship in South Africa because of the apartheid system.

Born on December 12, 1928, Sewgolum died on July 5, 1978. He was a South African professional golfer of ethnic Indian origin, who carved a niche for himself in golfing folklore when he became the first golfer of colour to win a provincial open in South Africa.

He became a symbol of the sports boycott movement when pictures of him receiving his trophy outdoors in the rain were published across the world: due to apartheid, he was not allowed to enter the clubhouse.