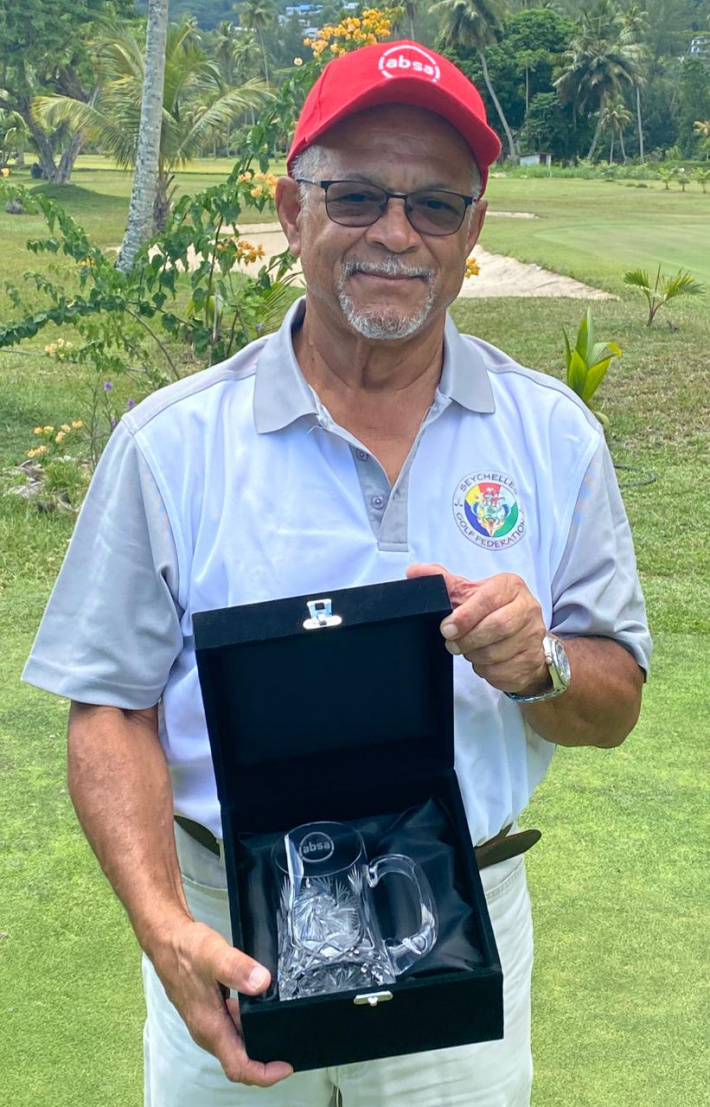 Some 36 golfers competed for the Absa November Mug, played on medal format where every shot counted then their handicap is deducted from the total. The player with the lowest score is declared the winner.

On Saturday November 20, Eddie Micock was among the first group starting and showed his intentions very early with the lowest first nine-hole scores, which no one could match. He steadied his game on the back nine holes to set the clubhouse lead at a total of 76 shots, then deducted 14 as that was his handicap and that gave him a nett of 62 which was enough to win the lovely crystal Mug from Absa for the November competition.

In second place was another veteran, Louis Vandagne on 64 nett, and third was Ron Barbé on 68 nett.

Amanda Bernstein presented the prizes on behalf of Absa together with club captain Vishal Sewraj.

The next event will be the Absa December competition to be played on Saturday December 4, 2021.