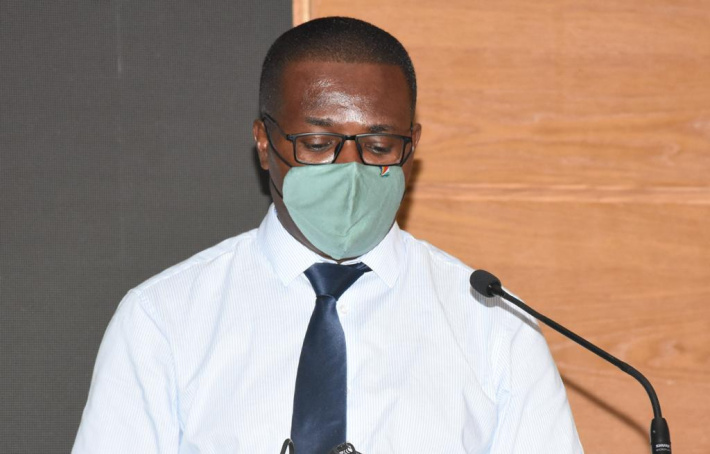 Members of the Ecosystem-Based Adaptation (EbA) to climate change project team, representatives of different stakeholders, partners and the UNDP as the implementing agency of the project are meeting to share with the funding body the different adaptation practices, techniques and lessons learnt during the realisation of the various components of the project here.

Betty Victor, the project manager for the EbA project said it is a great honour for the Seychelles Ecosystem-Based Adaptation to climate change to have been selected for this Adaptation Fund virtual portfolio monitoring mission.

For his part the national project director, Wills Agricole, thanked the Adaptation Fund and the team at its secretariat, as well as the UNDP, for their commitment and leadership, noting that the project seeks to reduce Seychelles’ vulnerability to climate change while focusing on two key issues namely water scarcity and flooding in several catchment areas.

He commended the success of the seven-year project so far which he said has increased the resilience of people in the communities as well as support the conservation of other critical ecosystems within our biodiversity hotspots.

In his address to launch the discussions, Minister Joubert on behalf of the government expressed his gratitude to the Adaptation Fund for choosing Seychelles for this virtual monitoring mission and for allowing Seychelles to benefit from financing for climate change adaptation initiatives on the ground.

“This shows your commitment to supporting the adaptation needs of small island states.”

“I am proud of the EbA project. As our country battles its vulnerabilities such as drought, water shortages for agriculture, coastal flooding that were affecting our resident communities, this EbA project is a demonstration that with some ingenuity and a planning process that focusses on the local population, resources for climate adaptation can be used in a way that provides maximum benefits in the present while also creating the conditions for future climate resilience,” Minister Joubert stated.

Addressing the meeting virtually all the way from Washington DC, the head of the Adaptation Fundsecretariat, Mikko Ollikainen, commended the EbA for the successful realisation of the project in Seychelles.

Amanda Serumaga, the resident representative of the UNDP for Mauritius and Seychelles, was also among key speakers who addressed the first day of the forum yesterday afternoon.

Johan Mendez, the EbA project’s geo-hydrologist, made a detailed and colourful presentation of all the different components of the project.

The project has undertaken the rehabilitation of the picturesque upper wetlands at Bougainville, Baie Lazare, Les Cannelles and parts of the coastal wetlands at North East Point and Anse Royale. Watershed committees have been set up for project sites, at Baie Lazare, Caiman (Anse Boileau), Praslin (Fond Boffay and Nouvelle Decouverte), Mont Plaisir (Anse Royale) and North East Point. These community-based watershed committees have assisted the project with re-vegetating the wetland sites throughout the rehabilitation process.

This project has also piloted a method to construct gabion retaining walls to assist with creating water storage that will help the country and resident community adapt to drought and coastal flooding, especially with the global climate change phenomenon affecting us all.

Following Mr Mendez’s presentation, there was a question and answer session during which members from the virtual panel as well as those taking part in the forum locally could ask questions and seek more clarification to better understand the different components of the project. 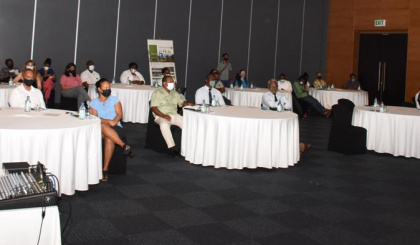 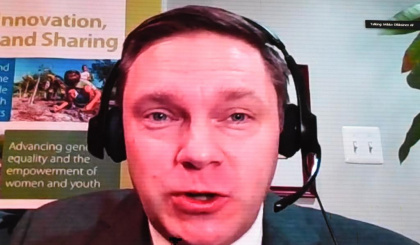 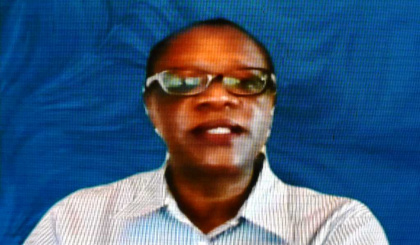 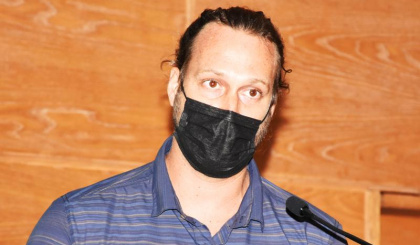 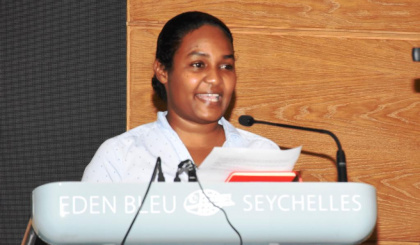 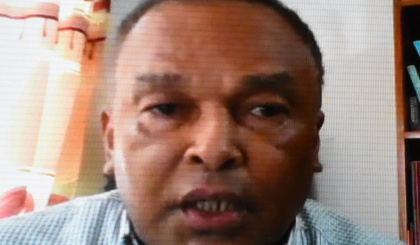