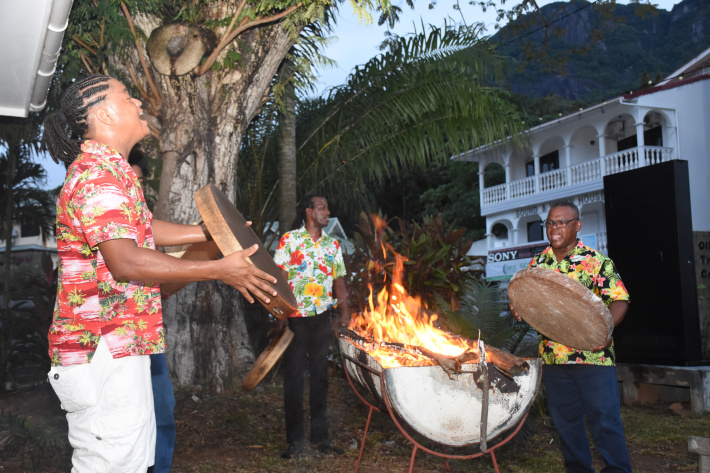 It is highly likely that moutya will be inscribed on the Representative List of the Intangible Cultural Heritage of Humanity.

The recommendation has been made by the Evaluation Body for 2021 cycle to the Intergovernmental Committee for the safeguard of the Intangible Cultural Heritage, which will meet in Paris from December 13-18, 2021, under the chairmanship of Punchi Meegaswatte, the secretary general of the Sri Lanka National Commission of Unesco.

The news was shared with the Mayor of Victoria David Andre, who also heads the Seychelles National Institute for Culture, Heritage and the Arts, while in Paris to attend part of the 41st general conference of the United Nations Educational Scientific and Cultural Organisation (Unesco) which took place from November 9-24.
Moutya is among several nominations from a list of 48 that the Evaluation Team, made up of experts, has recommended to the Intergovernmental Committee for inscription on the Representative List at its 16th meeting. It is a forgone conclusion that the committee will adopt the recommendation made by the Evaluation Team. If that does indeed get approved, moutya will receive the same status as other music, such as reggae, which was inscribed on the Representative List two years ago.
Mr André described that recommendation by the Evaluation Team as a great victory for moutya, which is the soul of the Seychellois people and the fulcrum of our very rich Creole culture.

Mr André said that the personalities he met on the sidelines of the 41st general conference of Unesco warmly welcomed the move by Seychelles to depoliticize and institutionalise its governance of culture by creating the Seychelles National Institute for Culture, Heritage and the Arts.

Both, the assistant director general of Unesco for Culture, Ernesto Ramirez, and the director of Language and Culture at the Organisation Internationale de la Francophonie (OIF), Irvine Khaled, heaped praise on Seychelles for setting up the institute and take culture above the political fray.

With them, Mr André discussed the possibility of broadening and deepening cooperation between the two international organisations and Seychelles.

With Mr Ramirez, Mr André conversed about creative industries (also known as the orange economy), and of how to get artists to live in dignity off of their work.
Unesco agreed to assist Seychelles in organising a big cultural event next year. This event will boost the international visibility of the Creole culture and help Seychellois artists gain easier access to international cultural networks.

Among other visits, Mr André and the Seychelles delegation also went to Petit-Caux (a community which signed a convention of cooperation with La Digue on October 11, 2021), whereby the exchange of future projects were discussed with Patrice Philippe, the Mayor of Petit-Caux, and the Seychelles Consul in Normandy, Francis Herbet.
A video depicting both the signing of the convention and the last visit of the Seychelles delegation to Petit-Caux, can be viewed on the following links;
•Facebook: https://fb.watch/9smiEo6EUQ/
•YouTube: https://youtu.be/r3iHn11kEvE
Mr André was accompanied on his visits by Miera Savy, advisor for International Cooperation for Culture. They were joined in France by Ralph Agrippine, chargé d'affaire for Seychelles in Paris and Seychelles’ permanent representative for Unesco.

Press release from the Seychelles National Institute for Culture, Heritage & the Arts 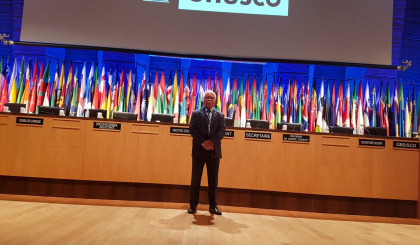 Mr André at the Unesco forum 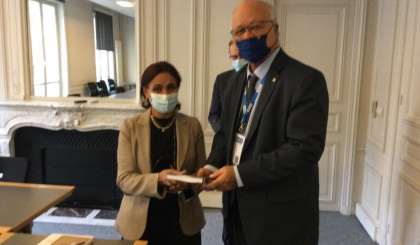 At L'OIF with Irvine Khaled 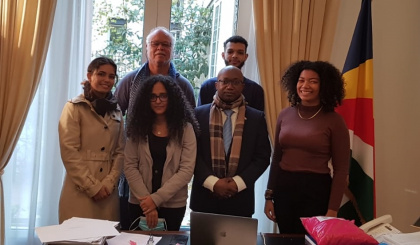 Meeting some Seychellois students in Paris