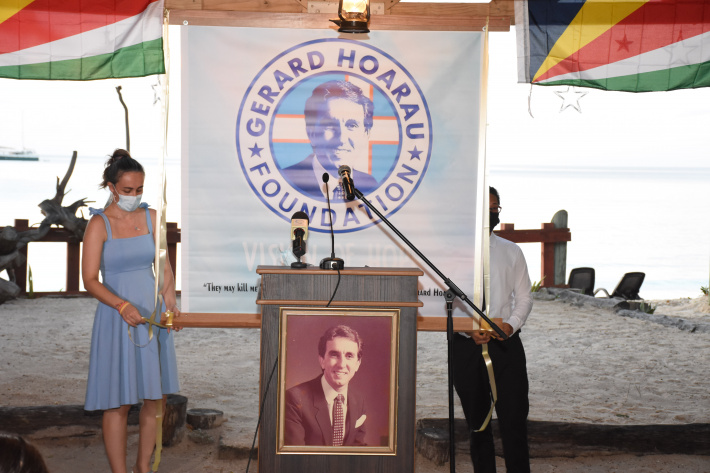 November 29 is a date engraved in the minds of many Seychellois, as it is the date on which Seychellois patriot Gerard Hoarau was gunned down by an unidentified gunman in 1985, just outside his home in Edgware, North London.

In honour of the young chap who many consider as a hero on the long and winding road to democracy in Seychelles, the Gerard Hoarau Foundation was officially launched yesterday at the Augerine Hotel, Beau Vallon, in the presence of President Wavel Ramkalawan, Vice-President Ahmed Afif, Speaker of the National Assembly Roger Mancienne, and other dignitaries.

During the launch ceremony, various members of the newly formed foundation pronounced some words about the iconic figure, including chairperson of the foundation Colin Dyer, vice-chairperson Lewis Betsy, and President Ramkalawan himself.

“The reality that we seek to bring about today is the dream and vision of a fellow brother, hero, and patriot of Seychelles. He shared and carried this vision in his heart when he was in exile, and we were in exile in diverse foreign lands,” said foundation member Barry Gendron.

“Our task is just beginning, but we owe him a debt of gratitude to ensure that the burning flames of his aspiration and spirit live on until the shadow of time has been extinguished. However, we are today advocating and offering a charter which expresses love, freedom, compassion, generosity, equality and fraternity for you, for me, and for the entire Seychellois people. The charter, firstly written and expressed by Saint François d’Assise, gives a vision of hope for humanity, and which encapsulates the philosophy, dream and vision that Gerard held and proclaimed so clearly and dearly,” Mr Gendron noted.

For his part, President Wavel Ramkalawan congratulated members of the association, going further to pledge his administration’s support for the foundation and his endeavours.

“I wish to congratulate the committee who will guide the foundation and I can tell you that you can expect all support from me as an individual as well as in your endeavours. When I won the elections I mentioned Gerard Hoarau, and I know that Gerard would have been a leader who would have played a very important role in our democracy,” said President Ramkalawan.

“One of my dreams is to have Gerard’s body repatriated from England back to Seychelles, as it is in Seychelles that he belongs. I sincerely think that many of us have been inspired through the young man who lost his life in the name of freedom,” President Ramkalawan stated.

The accompanying photos show some highlights of the launch ceremony. 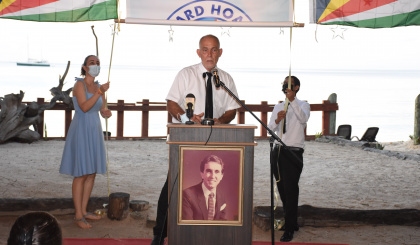 Chairperson Colin Dyer addresses the gathering as the foundation’s logo is being unveiled in the background (Photo: Jude Morel) 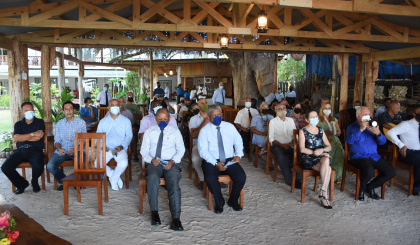