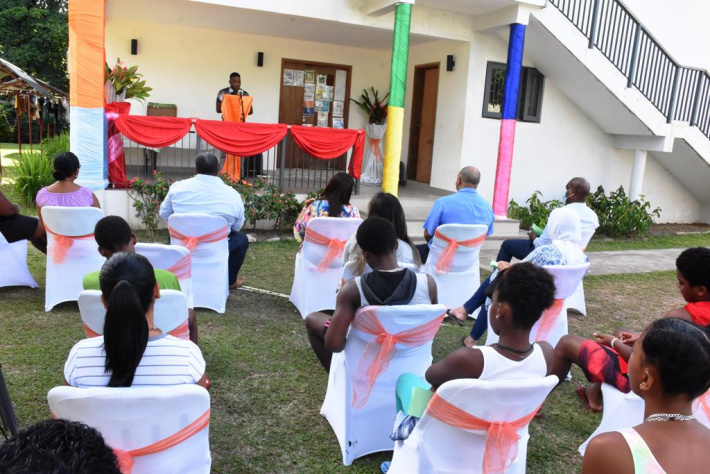 A partial view of the gathering at the ceremony (Photo: Louis Toussaint)

“In today’s rapidly changing world, young people need to develop the qualities of perseverance, grit, curiosity, optimism and self control”.

National director for the Duke of Edinburgh’s International Award, Gerard Pierre, made the above statement on Saturday during the official launch of the programme at the President Village children’s home at Port Glaud, looking to help the children to further develop their character.

Present at the ceremony were principal secretary for Youth and Sports Ralph Jean-Louis, chief executive of the National Council for Children (NCC) Yasmine Umarji, Member of the National Assembly for Port Glaud (MNA) Egbert Aglaé and manager of the President ‘s Village Brigitte Balette.

Mr Pierre said the programme is intended to provide an introduction to worthwhile leisure activities and voluntary service as a challenge to the individual to discover the satisfaction of achievement, and also as a guide to those people and organisations who would like to encourage the development of their young fellow citizens.

He added that they will continue the effort to bring the Award programme to more groups and organisations that are willing to offer their participants and locations.

Mr Pierre also urged for more voluntary involvement in terms of providing skills and other support to the programme.

The newcomers in the programme – 10 in total – had the chance to hear the testimony of gold award holder Perry Valmont who joined the programme in 2018 and completed his Adventures Journey in Mauritius.

Now, a young police officer in the Criminal Investigation Department (CID), Mr Valmont said the programme has been a life-changer for him, in every aspect.

He noted that before joining the programme, he was leaning more towards the negative side of life, before realising his real purpose.

He encouraged the newcomers to persevere throughout the programme, even if at times the road will seem tough and unachievable.

A bronze and silver holder herself, Mrs Umarji also had words of encouragement for the newly enrolled participants.

She urged them to look at the programme as a bridge leading toward a brighter and better way of life, while it also equips them with the needed skills and knowledge for the future.

The Duke of Edinburgh’s International Award is a global framework for non-formal education and learning, which challenges young people to dream big, celebrate their achievements and make a difference in their world.

Through developing transferable skills, increasing their fitness levels, cultivating a sense of adventure and volunteering in their community, the Award helps young people to find their purpose, passion and place in the world.

It operates in more than 130 countries and territories, helping to inspire millions of young people.

And although the Award’s framework remains the same wherever it is delivered, no two Awards are the same. Instead, each young person designs and creates their own bespoke programme, unique to them.

There are currently more than a million young people doing their Award around the world, via hundreds of thousands of youth-focused partners and operators, including schools, youth organisations, examination boards and youth offender institutions.

Founded more than 60 years ago, the Award is available to all 14 to 24-year-olds and equips young people with the skills they need for life regardless of their background, culture, physical ability or interests.

On an individual level this can make a transformational difference to a young person’s life; on a collective basis, it has the power to bring significant change to wider society. 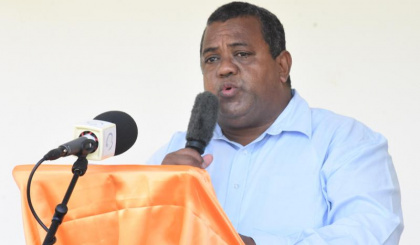