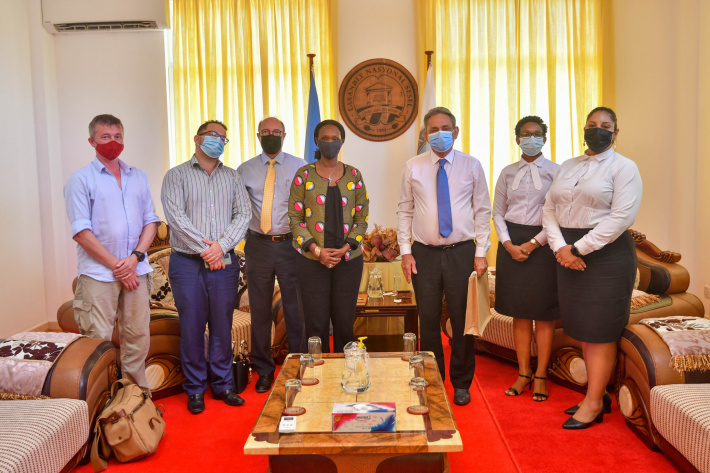 Mrs Umutoni took the opportunity to congratulate the people of Seychelles on the democratic and peaceful transition of power which has set an example for peacebuilding across the globe on behalf of the United Nations Secretary General, António Guterres.

In addition, she also announced that the United Nations (UN) resident coordinator’s liaison office will be officially opened and highlighted that this new venture will strengthen the relations with the Assembly to promote further oversight.

During their discussions, Mrs Umutoni provided the Speaker with further information on the strategic cooperation framework in place, as well as her functions and aims.

The Speaker, who was accompanied by the leader of government business, Hon. Bernard Georges, clerk to the National Assembly, Tania Isaac and deputy clerk Alexandria Faure, spoke of the current governmental reforms and the importance of the contributions of the UN for the development of the country and its institutions.