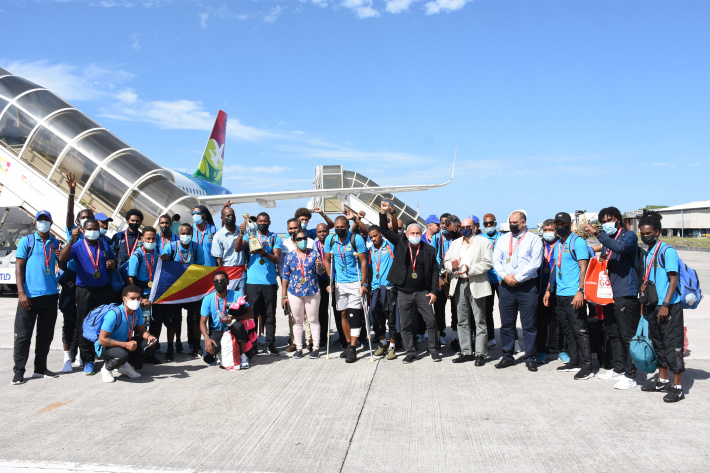 They arrived onboard an Air Seychelles flight from Male, Maldives following their 6-4 win on a penalty shootout against host country Sri Lanka after coming from behind twice to draw 3-3 at the end of normal time at the Race Course Stadium, in Colombo late Friday afternoon.

Outside the airport, the players’ family members and some members of the Seychelles Football Federation (SFF) were there to greet them.

Apart from the players and officials, the delegation included the principal secretary for youth and sports, Ralph Jean-Louis and SFF chairman Elvis Chetty. Also on board was the new resident High Commissioner of the Democratic Socialist Republic of Sri Lanka to Seychelles, Srimal Wickremasinghe, who joined Minister Zialor and the NSC chief executive Larue in the celebrations at the airport terminal.

The boys of coach Vivian Bothe trailed 1-0 early in the match after Marvin Hamilton’s long free kick took a deflection off defender Don Fanchette to fly into the net. They managed to equalise with a header by Hubert Jean on the stroke of half-time.

Seychelles gave away another goal in the 50th minute as Mohamed Aakib volleyed into the roof of the net for a 2-1 score.

Qatari referee Mohamedh Alshammari gifted Sri Lanka as Waseem Razeek threw himself to the ground from inside the penalty in the box to con the official and he then picked himself up to shoot past goalkeeper Alvin Michel to make it 3-1. Substitute Elijah Tamboo pulled a goal back to make it 3-2 in the 82nd minute and scored another later after skipping past goalkeeper Perera to slide the ball home to bring the score level at 3-3 and send the game into a penalty shootout.

Two saved penalties by goalkeeper Alvin Michel helped the team to claim the championship and the trophy was over to them by Fédération internationale de Football Association (Fifa) president Gianni Infantino. Seychelles were the only unbeaten team in the tournament after earning draws against Maldives (0-0) and Bangladesh (1-1) and defeating Sri Lanka on a 1-0 score to finish top of the table in a tournament played on a round-robin system with the top two teams progressing to the final.

Most of the players and officials who talked to the press said the match ground was damp and waterlogged because of the rain but the team remained disciplined, stayed focus, listened to instructions and did what they had to do to win the competition.

Captain and goalkeeper Ian Ah-Kong did not take part in any matches as he underwent a knee operation in Sri Lanka.

The Seychellois players who took part in the competition are:

Team manager Michael Delpeche: “It was difficult at first and we had to stay focus as we had to stay in the hotel for three days because of the rain, but with the help from the PS (Mr Ralph Jean-Louis) we managed to organise an outing to boost the morale of the players. But we focused on the start of the competition and from the first game we saw that we had a chance to at least get into the final. Before the final with Sri Lanka we were supposed to get the training ground at 5.30pm following a training session by the host country, but we got it half an hour late and it was by coincidence that we used this half hour training for a penalty shootout session. This team are the most disciplined squad I have ever managed as national team or club manager. They have listened and executed all that had been said to them. This is why we have earned this good result. Another reason, I think, we won the championship is because the teams underestimated our capacity as they always looked at us as the underdogs based on the size of our population.”

Coach Vivian Bothe: “We knew it that the game (the final) would be more difficult than the first encounter between us, given that they were in front of their fans and the pitch not in good condition. It was a physical battle in the first 45 minutes. Losing in the second half, we decided to replace some defensive players with offensive players and this resulted in us equalising at 3-3 and sending the game into a penalty shootout. But frankly, although we were down 1-3, we did not feel the pressure because I believed that if we got a second goal, which I felt it was coming, we would get a third and that is exactly what happened. The fighting spirit was there because the boys dearly wanted to win the tournament. The title is a motivation to the young players who have to work to gain results. We have a lot of young players on the team which is good for the future of football in Seychelles. Now that the league will be starting soon, there will be new talents to be discovered and the door to the team is open to them as well.”

Vice-captain Benoit Marie: “We went into the competition with the intention of not losing our first game and we managed to do it and that boosted our morale and we wanted to do better in the other games which we also did. Discipline was important and we displayed it throughout which I think helped us to win the trophy. Although we did not finish our final on a good note, we did not let our guards down and we pushed until the final whistle. The title represents a great accomplishment for me, my teammates and the country in general. In the final, we defended in the bad part of the field in the first half and got to attack in the second half in the better part of the pitch. I wish to congratulate my teammates for being able to cope with the difficulties encountered with regards to the state of the playing field. I am very happy to have received a trophy for the first time from the hands of the Fifa president.”

Goalkeeper Alvin Michel: “Personally, before leaving the country, I had the feeling that we were going to do well. I always stayed positive throughout and I also pushed the players to carry on going forward although we were behind and in the end we were able to get the result we wanted. I am very happy to have been able to make myself, the players and all who were supporting us, proud. The penalty session we had before the match, helped me a lot. I got to witness a penalty by our opponents and I studied how they take penalties. Our team is young and this is very good. I hope that the team stays together and do better in the future.”

Striker Elijah Tamboo: “God sent His blessing upon us. The coach made a good substitution and maybe that’s what made the difference in the game. The team is very good, with many young motivated players and I think we can do even much better in the future.”

Youngest player (18-year-old) Thierry Camille: “The competition was very interesting and also tough. It was an experience for me and I am very happy to have formed part of the team who made history for Seychelles. It is a great accomplishment for me, my family and the country.” 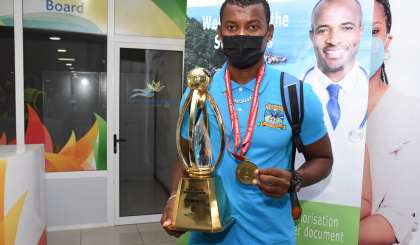 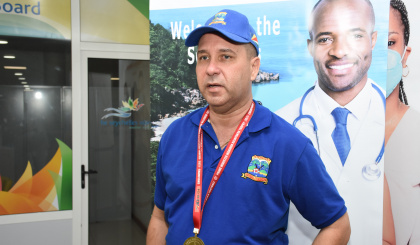 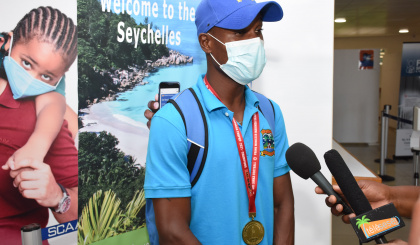 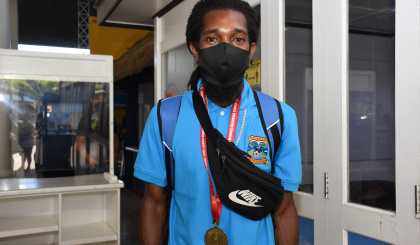 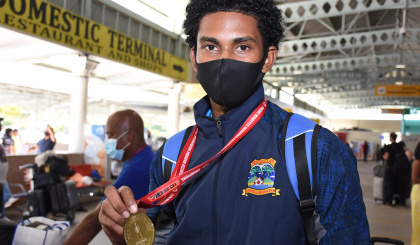 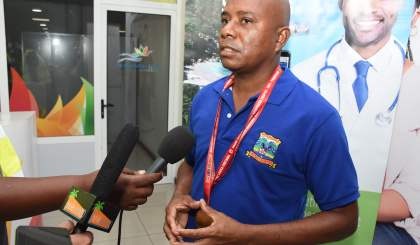