Games’ torch to arrive on Saturday

Being a significant element of every big sporting Games, the torch of the 10th Indian Ocean Island Games will hit the local shore on Saturday June 1 for a three-day traditional relay which will take place next week on Mahé, Praslin and La Digue.

President of the Seychelles Olympic and Commonwealth Games Association (Socga) Antonio Gopal, who is also the president of the Conseil International des Jeux (Cij), will collect the torch in Reunion for the relay, before taking it back to Mauritius.
The traditional torch relay will begin on Monday June 3 with a ceremony at Stad Linite, before the torch heads to the southern part of the country, stopping at different schools along the way.

It has been agreed that only school athletes will have the honour of touring with the torch during the relay.

On Tuesday June 4, the IOIG torch will travel round the northern part of Mahé, before stopping in front of the Mauritius Commercial Bank (MCB) in Victoria where there will be some animations by students from the various schools in the central region.

The torch will then head to Praslin and La Digue the following day, before leaving for Mauritius on June 6.

To ease the IOIG torch relay, the organisers met with the police on Monday to work on the best possible route and also on how to go about to avoid any road congestion.

After the meeting with police inspectors Nelsia Banane and Jeris Dufresne, secretary general of Socga Alain Alcindor, who is coordinating the event, came up with a programme for the event. 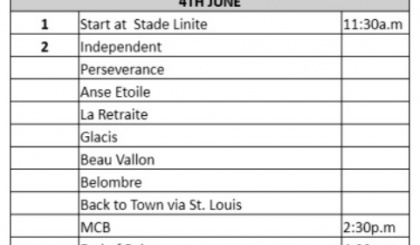 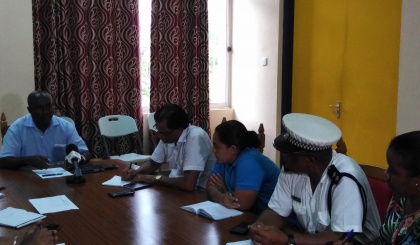