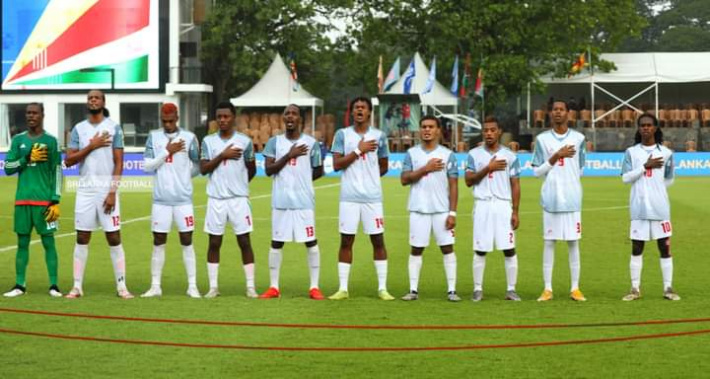 The Seychelles national team face hosts Sri Lanka in the final of the inaugural Prime Minister Mahinda Rajapaksa Trophy at the Race Course stadium this Friday afternoon with the kickoff scheduled for 5.30pm Seychelles time (7pm Sri Lankan time) in a match that will be graced by the presence of Fifa president Gianni Infantino among other distinguished guests.

This tournament, which encountered some delays due to the adverse weather condition, has been quite interesting as the four nations have battled it out till the last group match where there was drama as hosts Sri Lanka, who were facing elimination, managed to defeat Bangladesh, who had led the group from the opening day last Tuesday. Sri Lanka scored a last gasp penalty for a 2-1 win to send their Asian neighbours packing and guarantee themselves second position behind Seychelles in the pool.

In fact, this tournament produced its fair share of surprises as pre-tournament favourites, the Maldives, finished this tournament in last place with only two points after they surrendered a four-goal lead in their opening match to draw 4-4 with Sri Lanka, a result which had a negative psychological effect on them for the rest of this tournament.

As for our Seychelles team, they have had the meanest defence in this competition as they have conceded only once in three matches with the likes of Don Fanchette showing his class alongside Warren Mellie in defence while captain Benoit Marie has revelled in his new role in midfield with Kenner Nourrice an able partner.

This has built the platform for a very strong team to break down with goalkeeper Alvin Michel also showing top form as head coach Vivian Bothe has also integrated youngsters in the shape of Jean-Yves Ernesta, Sam Hallock as well as Dean Balette in a very united squad.

The Seychelles team are the only unbeaten side in this tournament and they defeated their opponents Sri Lanka on a 1-0 score in the group stage, but coach Vivian Bothe knows that this final in front of a fervent home crowd will be a different affair though he thinks his side stands a good chance of lifting this trophy.

“We know that it will obviously be a totally different scenario than our group stage encounter as they will have all the spectators behind them as it is the weekend, but we hope that the condition of the pitch is much better than in our last match so as to help for a good display by both teams,” coach Bothe told the media.

The national team head coach though feels that they are confident of a similar result and he feels his players are geared up for this final and thinks they have a great chance of lifting this trophy tomorrow evening.

“We played well against these same opponents in the first match especially in the second half and therefore this gives me hope more so if the pitch is in good condition as our team have been defending very well from our attackers down to the defence where they have shown discipline and even when we are on the offence, they are always conscious of their defensive responsibilities. This has helped to build a solid foundation which produced this positive results,” added coach Bothe.

“Despite having one of our top defenders, Juninho Mathiot, suspended, we have cover in this area and our objective is to win this tournament and the players are hyped up to achieve our target of taking this cup back home,” claimed coach Bothe.

Sports NATION would like to wish our national team the best of luck in the final this afternoon as they aim to bring pride to our country through our national sport. 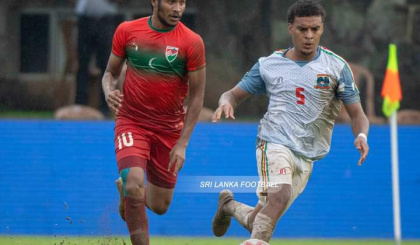 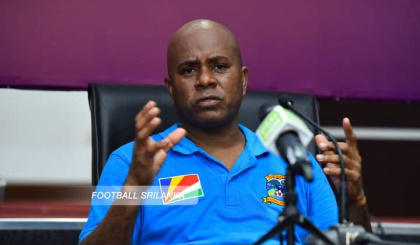