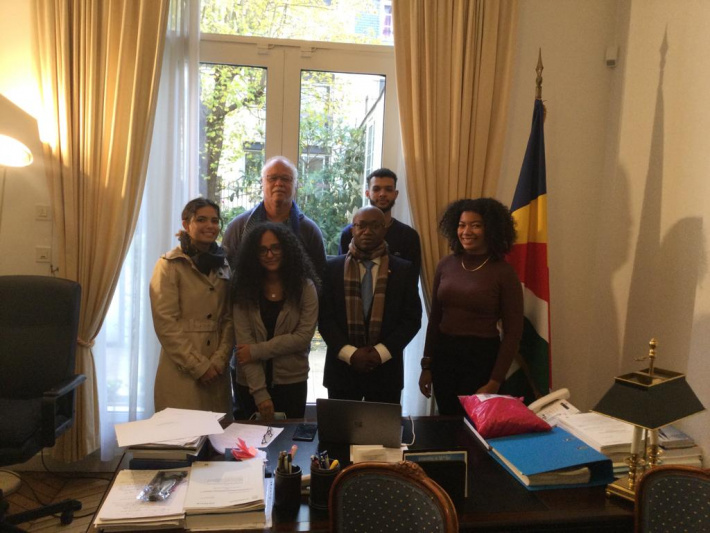 Education Minister Justin Valentin has met with a group of Seychellois students studying in Paris.

During that meeting, which was held at the Seychelles embassy on Saturday November 13, the four students apprised Minister Valentin of their studies and welfare.

The students, who are studying in fields ranging from geography to political science through finance and management, told the minister their studies are going well, and that they enjoy studying in the French capital.

The minister promised to take up with relevant authorities a few issues they brought to his attention.

Minister Valentin said the meeting was very important as it sheds light on the French educational system.

He also said Seychelles should explore the possibility of sending more students to study in France.

The Mayor of Victoria, David André, who also attended that meeting, shared his experience of studying in Paris with the students and urged them to make the most of their stay in the French capital.

Other Seychellois students studying in Paris could not make it to Saturday’s meeting.