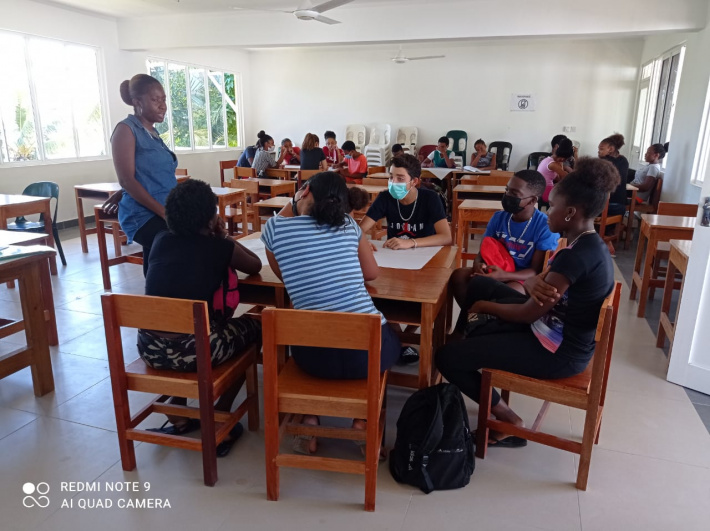 The Duke of Edinburgh’s International Award is a global framework for non-formal education and learning, which challenges young people to dream big, celebrate their achievements and make a difference in their world through developing transferable skills, increasing their fitness levels, cultivating a sense of adventure and volunteering in their communities.

The award helps young people to find their purpose, passion and place in the world.

It operates in more than 130 countries and territories, helping young people to take control and make their own choices.

And although the award’s framework remains the same wherever it is delivered, no two awards are the same. Instead, each young person designs and create their own programme, unique to them.

There are currently more than a million young people doing their award around the world, via thousands of youth-focused partners and operators who are in tune with the interests and challenges facing young people today, including schools, universities, youth organisations and youth offender institutions.

The Award concept is about individual challenge. It is:

It comprises four sections: Service, Skills, Physical Recreation and Adventurous Journey and also has a Residential Project at Gold Level only. Young people design and create their own programme and do activities in the four mandatory sections over a specific length of time: 6 months at bronze, 12 months at silver and 18 months at Gold level respectively.

The Adventurous Journey is the only section which is undertaken in a small group. It is designed to encourage a spirit of adventure and discovery as well as developing teamwork and leadership skills, while undertaking a journey in unfamiliar territory to the participants. It also helps to build their self-confidence and improve their fitness level and general physical and mental well-being of the participants.

Recently the Duke of Edinburgh’s International Award – Seychelles organised three bronze Adventurous Journey for participants from Plaisance, English River, Mont Fleuri and Anse Boileau secondary school Award Centres respectively. The first Adventurous Journey was held on September 21-22, 2021 and featured 21 participants from English River secondary school Award centre and they journeyed from the school compound, up Bel Air, Sans soucis and down Salazie trail ending where they started via La Misère road on the first day. Since they could not sleep over due to health restrictions, they cooked dinner together in their groups before returning home.

The second day saw them hiking from the English River school compound up Mont Signal and cross-country to finish at Beau Vallon beach via La Batie.

The second Adventurous Journey held on September 23-24, 2021 saw twelve young participants from Plaisance secondary school Award centre complete their two-day Journey. On the first day, their journey took them to Copolia, up Sans Soucis to Salazie trail, down La Misère road to finish where they started at the school compound. Similar to the first group, they had to prepare, cook and share their dinner before returning home. On their second day, they challenged themselves hiking from Anse Royale community centre, up Sweet Escotte road, Jardin du Roi, Dan Desert to finish at Bougainville.

The third Adventurous Journey was held on September 30 and October 1, 2021 and saw the participation of fourteen participants from Anse Boileau and Mont Fleuri Award centres respectively. On the first day, they discovered the Mont Fleuri, Belvedere, Kan Frichot, La Louise areas and back to Mont Fleuri school where they participated in preparing, cooking and sharing their dinner before going home. On the second day they travelled from Mont Fleuri up Foret Noire, Kan Tobourk, Bel Air, Curio Road, Waterloo to finish in town. They were ably accompanied by their respective Award Centre Award Leaders and Award secretariat staff who discharged the roles of Assessors and Supervisors. The activity was coordinated by Neil Waye-Hive and Shelly Lucas from the Award Office.

The induction training was held from September 27 to 29, 2021 at Grand Anse Praslin secondary Award Centre and featured 37 new participants who have recently been recruited into the Award Programme. The induction training was aimed at formally inducting the new participants into the Award programme and focused on the History, Philosophy, Fundamental and Operating Principles, Food and Cooking and Camp Craft. The sessions were conducted by Award Leaders from Praslin under the coordination of Nathasha Barra, Award officer for Praslin and La Digue.

In conclusion, the newly inducted participants in the programme on Praslin can now start their own programme whereas those on Mahé who have completed their Bronze Adventurous Journey will receive their Awards in ceremonies which will be organised at their respective Award centres.

The accompanying photos show some highlights of the Bronze Adventurous Journey and the induction training. 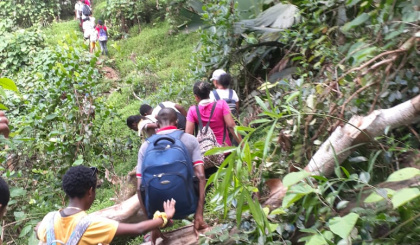 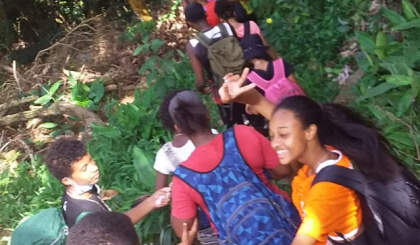 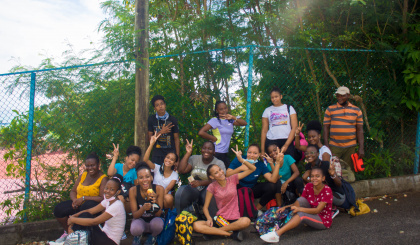