New institute of policy-making on culture, heritage and the arts |25 October 2021 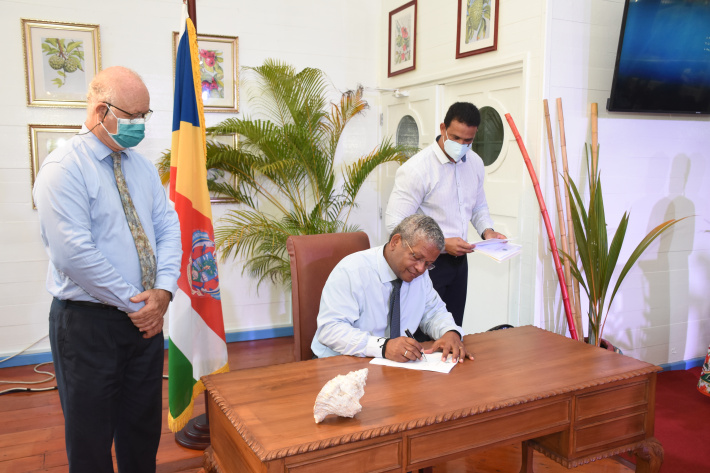 In this ever-changing political landscape, a permanent and independent institution is the best choice for safeguarding our cultural identity, the Mayor of Victoria David Andre has said.

He was speaking during the official launch of the Seychelles National Institute for Culture, Heritage and the Arts on Saturday at the Pomme Cannelle restaurant at Domaine de Val des Près, shortly after President Wavel Ramkalawan had assented to the Bill for the creation of the institution.

Present at the ceremony were Vice-President Ahmed Afif, First Lady Linda Ramkalawan, cabinet ministers, members of the diplomatic corps, alongside other government officials.

The Seychelles National Institute for Culture, Heritage and the Arts which will replace the department of culture will be an institution of policy-making on the country’s culture, heritage and the arts.

It will discharge the executive and administrative functions of the government by administering all existing laws relating to culture, heritage and the arts.

It will promote the right to freedom of expression and also create a favourable environment conducive to the development and enjoyment of the Seychellois cultural life and the Creole identity.

The institution’s logo has been designed by local artist Juliette Zelime.

Mr Andre explained that setting the institution is a historic turning point, symbolising a commitment to Article 39 of the Seychelles Charter of Fundamental Rights of Freedoms enriched in the Constitution of Seychelles which states “the state undertakes to take reasonable steps to ensure the preservation of the cultural heritage and values of the Seychellois people”.

He said the institute is a departure from the current administrative framework of a Ministry of Culture with the ultimate aim of acting as guardians of our heritage.

Mr Andre noted that ministries have specific mandates, limiting their sphere of influence and are also subject to political changes as new governments see fit, while culture on the other hand is a dynamic, challenging and independent force based on the right to freedom of expression, and the right to cultural life and value.

“Our culture is key to our identity,” noted Mr Andre who further added that in a democratic society, it is not up to political power to determine or dictate its terms.

The Mayor of Victoria also noted that what the cultural sector requires is a clear sense of direction and permanence that will guide the actions of ministries, departments and agencies, non-governmental organisations, communities and citizens contributing to the cultural sector and have the opportunity to take part in the cultural life of the country.

“This new set-up for the governance and administrative framework of culture recognises that culture is the business of everyone,” added Mr Andre, who also noted that everyone must be equipped with the tools to safeguard the Seychellois Creole culture, since the new set-up emphasises the collective responsibility to protect and safeguard our cultural heritage to ensure that future generations can enjoy, benefit and learn from the legacy of the past.

The Seychelles National Institute for Culture, Heritage and the Arts is an executive and monitoring agency for the policies it formulates, while it also administers a natural culture fund for supporting its functions and for implementing major culture, heritage and arts projects.

It will integrate the existing sections and units of the department of culture under the leadership of a secretary general.

The institute will also have oversight of independent cultural institutions regulated by their respective legislations.

It will also provide guidance, facilitate and empower actors, monitor and evaluate programmes, as well as explore new spheres of intervention. 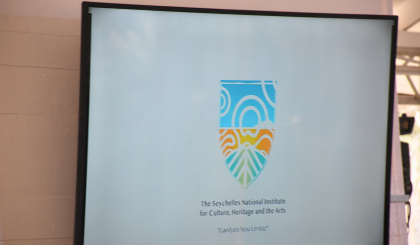 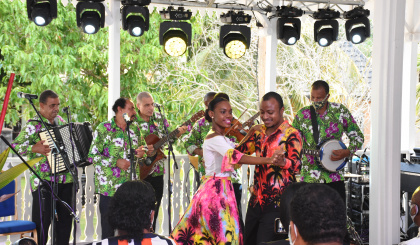 A cultural performance during the ceremony (Photo: Thomas Meriton) 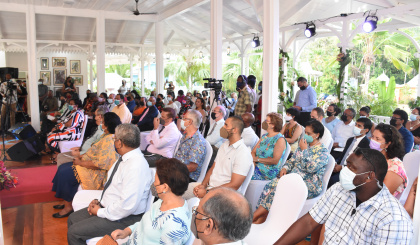 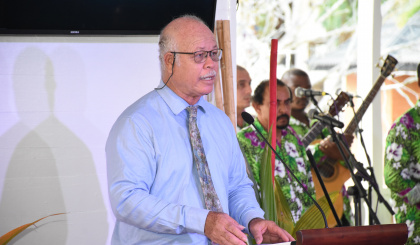