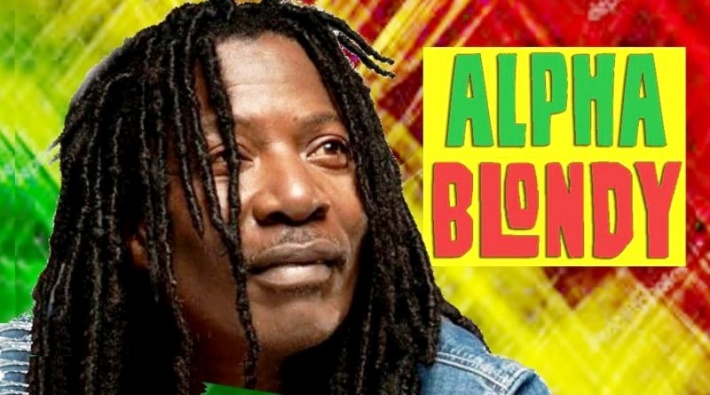 With over 15 albums under his belt, Ivorian reggae vocalist Alpha Blondy is set to rock the Mini Stadium grounds with high-octane reggae jig accompanied by his nine-piece band – Solar System – on the night of Tuesday April 30.

Alpha Blondy is expected to arrive in Seychelles on April 28 after performing in Mayotte two days earlier.

The April 30 show is expected to start at 9.30pm and tickets costing R250 and will go on sale after the Easter celebration at Dara’s Plus, Alliance Française and National Arts Council. On the day of the show, tickets will also be on sale at the entrance gate at R300, promoter Basil Bouchereau has said.

Speaking to Entertainment NATION, Bouchereau said he is happy this project is finally materialising and Alpha Blondy will be performing live in Seychelles.

“I am happy this project is finally materialising. It has been eight years since I have been trying to bring the reggae star to Seychelles. Past attempts have been unfruitful. He is a big star and it costs a lot to bring him to Seychelles to perform. Remember Alpha Blondy is rated by his fans as one of Africa’s best reggae exports. I am sure it will be a memorable night for those who will be attending. I thank Veuve Entertainment for believing in the project and for financing it,” Bouchereau told Entertainment NATION.

So get ready to rock with Alpha Blondy. Meanwhile you can play with Entertainment NATION to win one of five free tickets to watch the concert.

All you have to do is answer the five questions and send the cut-outs from this page to The Editor, Seychelles NATION newspaper, PO Box 800 by April 25 the latest. No photocopies will be accepted.

Born Seydou Koné on January 1, 1953 in Dimbokro, Ivory Coast, Alpha Blondy’s songs are politically and socially motivated, and are mainly sung in his native language of Dioula, French and in English. But he occasionally uses other languages like Arabic and Hebrew.

He started his musical journey by writing and playing Christian songs until he went to New York, USA where he met his icon Burny Wailer. He was inspired to change course and ventured into secular reggae endeavour on returning to Abidjan.

The reggae artist’s upbringing is as rich and diverse as his music. He was born to a Muslim father and a Christian mother and brought up by a grandmother who taught him to love everyone. He has always raised awareness about social injustice and aimed to promote unity in his lyrics and in real life, which eventually led him to become the Ambassador for Peace for the Unesco (United Nations Educational Scientific Organisation), Nato (North Atlantic Treaty Organisation) and CEDEAO (Communauté économique des États de l'Afrique de l'Ouest). The singer grew up listening to African folkloric music, but was influenced by American bands like Pink Floyd, Jimmy Hendrix, The Beatles, Creedence Clearwater Revival and Otis Redding. He was introduced to Bob Marley’s music when he moved to New York to study English at Hunter College and in Columbia University’s American Language Program.

After a brief stint in Paris to record his 1984 album Cocody Rock, he headed to Jamaica to record the title track with Bob Marley’s backing group, The Wailers. Later, he returned to Kingston’s Tuff Gong Studios in Jamaica to record his fourth album Jerusalem (1986). By the release of his 1987 album Revolution, Blondy had already established himself as an international artist with a massive following in his native country, North America and Europe. His popularity continues to grow, and he continues to steadily release albums.