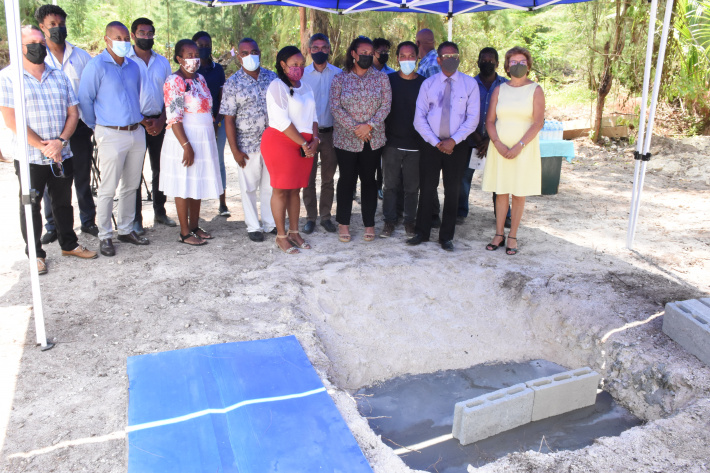 A souvenir photograph after the laying of the foundation stone (Photo: Louis Toussaint)

In case of an emergency, the government, through the Ministry of Lands and Housing, will soon be better equipped to assist residents of the northern part of Mahé through an upcoming transit home project on Ile Aurore.

Other than allowing the government to increase its stock of emergency housing, thus offering assistance during incidents, or natural disasters, the project will also allow re-location of tenants and homeowners from various sites where the government is planning redevelopment projects.

The foundation stone for the Ile Aurore transit home project was laid yesterday by Minister for Lands and Housing, Billy Rangasamy, and his counterpart from the Ministry of Local Government and Community Affairs, Rose-Marie Hoareau, in the presence of senior officials of both ministries.

The new facility includes 20 transit units, comprising one-bedroom and two-bedroom units which will be completed in three months, while an additional two units will be constructed later, using new construction technology as a pilot project.

It is the Reliance Engineering Services Ltd which has been selected to carry out the project, including the construction of the 20 units and all associated external services and utilities at a total cost of R15.5 million.

Minister Rangasamy explained that the new facility will help affected residents from the northern part of Mahé to maintain their daily functions and ease their routines, including family life as well as school runs since the transit home will be based in the same region.

He described the investment as a very important step in the government’s planning strategy, while it also showcases the importance of proactive approach towards solutions, especially in the context of Seychellois families in need.

Minister Rangasamy further noted that with the present economic situation, it is crucial that the government and its partners emphasise on strategic planning when it comes to spending on and implementing projects.

He also noted that the achievements of his ministry depend largely on good planning and implementation of projects and not only on allocation policy.

Minister Rangasamy also expressed gratitude towards the contractual partner in the project – the Reliance Engineering Services Ltd – for its participation in the tender and successful award of the contract.

He also reminded the construction company of the government’s belief in its ability, to not just implement the project, but to complete it on time and to budget.

“It is our sincere hope that that you will honour your contractual obligations within the specified time frame and to the expected quality,” concluded Minister Rangasamy, who noted that he will be looking forward to positive weekly progress reports on the project. 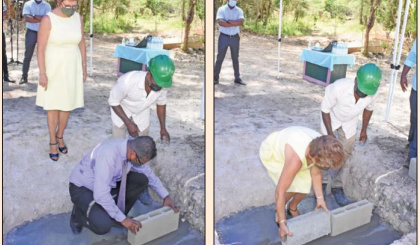