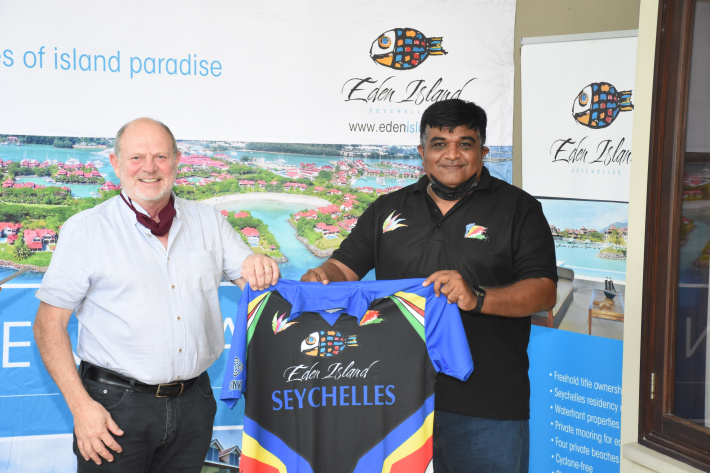 The Gahanga International Cricket Stadium and the Integrated Polytechnic Regional College (IPRC) will host the sub-regional tournaments organised by the Rwanda Cricket Association (RCA), under the umbrella of the International Cricket Council (ICC) and the Africa regional finals which is the African pathway events towards 2022 T20 World Cup which will take place in Australia next year.

Seychelles will play in the sub regional Africa A qualifier scheduled to take place from October 14 to 23, alongside hosts Rwanda, Ghana, Lesotho, Malawi, Eswatini and Uganda.

Botswana, Cameroon, Mozambique, Sierra Leone and Tanzania will play in sub regional Africa B qualifier from October 31 to November 8. The top team from both groups will advance to Africa regional finals, where they will compete with Nigeria and Kenya for the lone qualification spot in the ICC Men’s T20 World Cup qualifier in 2022.

Team Seychelles received their official kit for the tournament from the executive chairperson of Eden Island Development Company Craig Heeger on Monday afternoon, during a small ceremony held on the island in the presence of the sponsors and executive committee members of the Seychelles Cricket Association (SCA).

Addressing the players, SCA chairman Jonathan Paul said the tournament is very important, not only for them, but for the country as every match won will raise the country’s position on the ICC ranking.

He noted that players have been training hard and that they have every intention of reaching the next phase of the tournament.

Mr Paul added that the tournament is also an opportunity to raise the level of Seychelles’ cricket, especially on the international stage.

He also thanked the sponsors for their valuable contributions towards the trip.

After receiving an official shirt from team captain Kaushal Patel, Mr Heeger noted that the relation between his organisation and cricket goes a long way back and that they have more future plans for the sport, especially in regards to the cricket field which is underway.

It was in April 2018 that the ICC granted full international status to Twenty20 men's matches played between member sides from January 1, 2019 onwards.

Therefore, all the matches in the regional qualifiers are played as Twenty20 Internationals (T20Is).

The Africa qualifier will start with a sub-regional qualifier consisting of two groups, with the top two teams in each group progressing to the regional final.

Kenya and Nigeria, the two highest ranked teams as of January 1 2020, progressed directly to the regional final.

In December 2020, the ICC updated the qualification pathway following the disruption from the pandemic.

In March 2021, the groups A and B qualifiers were postponed again, with them both being moved back to October.

In July 2021, the RCA announced that the ICC had confirmed Rwanda as the host nation for all of the matches in the Africa qualifier.

Team Seychelles’ itinerary at the competition 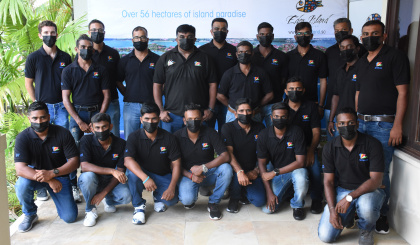