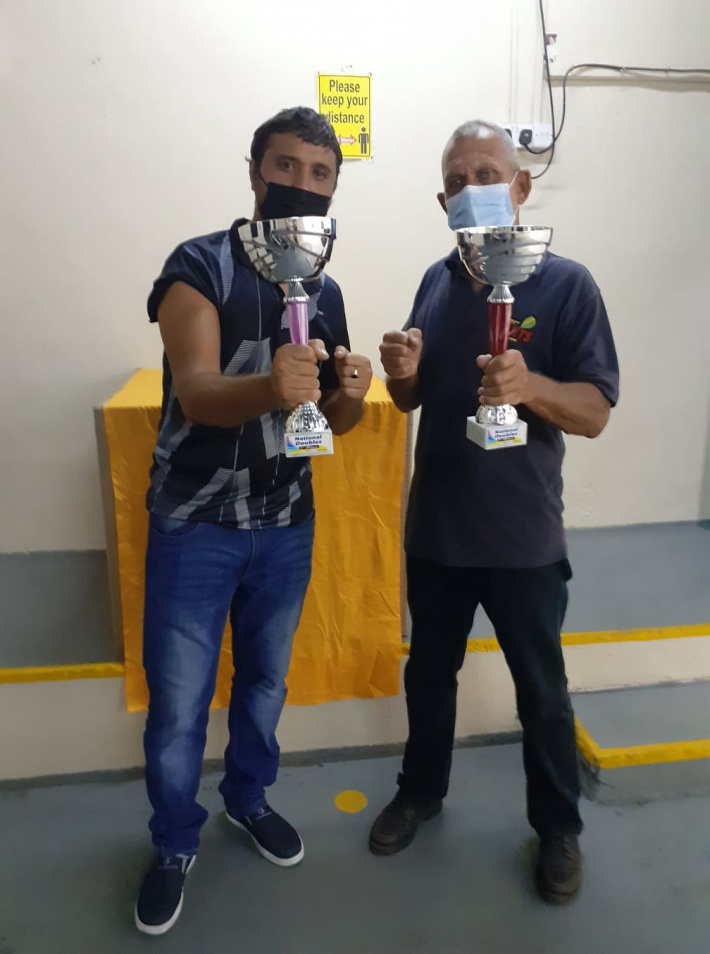 The winning duo of Nichol Esparon (left) and Bernard Berlouis

Nichol Esparon joined forces with Bernard Berlouis over the weekend to win the National doubles competition.

In the final, Nichol Esparon and Bernard Berlouis had to pull all their tricks in their bag to edge the pair of Hallock brothers ‒ Terrance and Richard. The score was 7-6.

Despite losing, Terrance Hallock scored 180, the highest score in darts, with three darts in first game of final.

In the semifinal, Esparon and Berlouis earned a 5-2 win against the winners of the first doubles competition, Marc Pouponneau and Edmond Azemia who had won a bye straight into the quarterfinals last Saturday. They also dispatched Paul Vidot and Allen Poussou 3-1 in the quarterfinal.

Losing finalists Terrance Hallock and Richard Hallock, whitewashed Jack Micock and Ranga Chetty 5-0 in the semifinal after earning a 3-1 victory against Hans Radegonde and Ruben Port-Louis 3-1 in the quarterfinal.

In the third place playoff match, Marc Pouponneau and Edmond Azemia beat Jack Micock and Ranga Chetty 5-1. In the quarterfinal Micock and Chetty defeated the all-women pair of Monia Delpech and Josette Domingue 3-0.