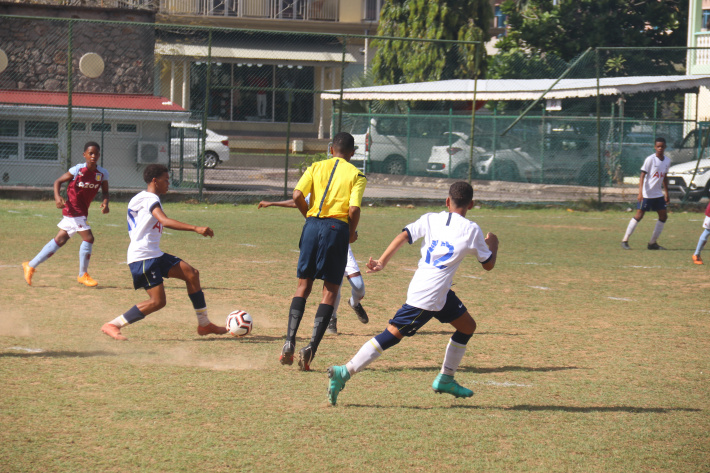 An initiative of the British High Commission (BHC), and a collaboration between the two governments ‒ United Kingdom (UK) and Seychelles ‒ the tournament is aimed at promoting health and activity, precisely to improve the physical and mental health of our young people.

The Seychelles Football Federation (SFF) will be organising for transportation supported by the BHC.

Present at the various venues yesterday to promote the tournament and encourage the youngsters was British High Commissioner Patrick Lynch.

Speaking to Sports NATION, HC Lynch said: “We are delighted with such a great start to the Seychelles Schools’ Premier League. This afternoon (yesterday afternoon), we saw the best of the shared love of football in our two great countries. We all know this is more than just a game ‒ it’s about our key shared values of community, belonging and teamwork. We saw the best of all of those today.

“Young people across the island were excited to be part of this project, proud to pull on their EPL shirts and they all gave 100% for their school. There was some great skill on display, led by dedicated coaches and supported by all of our local expert partners. We look forward to including schools on Praslin and La Digue ‒ as well as piloting a project specifically for girls’ football ‒ in the near future. Everyone should be really proud of what has been achieved and know that the best is yet to come.”

Meanwhile, the Plaisance (Liverpool) vs Belonie (Manchester City) match will be rescheduled next week.