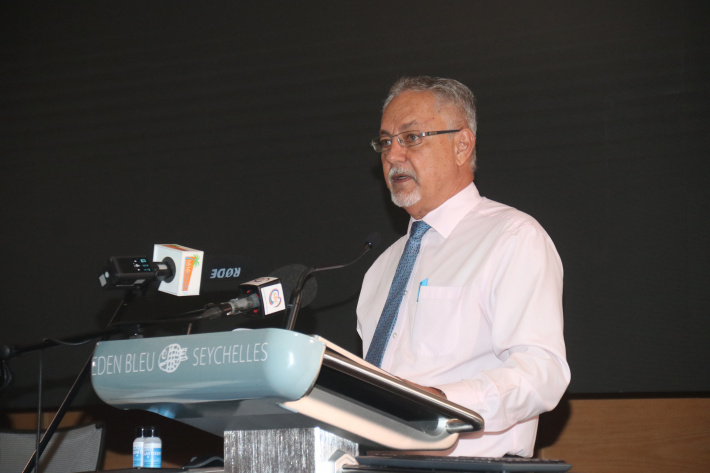 Over the years, a rapid depletion has been recorded in the marine living resources due to unsustainable economic activities, including fisheries.

To deal with the situation and ensure a secure future, it is vital to implement sustainable fisheries measures that leave enough fish in our ocean, protect marine ecosystems, and ensure that people who depend on fishing can sustain their livelihoods.

In that line, Seychelles through the Ministry of Fisheries, the Seychelles Fishing Authority (SFA) and other stakeholders, including the country’s fishermen community, has come up with the country’s first Mahé Plateau Trap and Line fishery Co-Management Plan which will ensure sustainable fisheries which will provide for our current and future needs, while conserving fish stocks and marine ecosystems.

The new fisheries management plan which paves the way towards a sustainable trap and line fishery in Seychelles – initiated in 2007 and significantly developed in 2015 – was officially launched yesterday by Designated Minister Jean-François Ferrari who also holds the portfolio for Fisheries during a ceremony at the Eden Bleu Hotel in the presence of principal secretary for Fisheries Roy Clarisse, principal secretary in the department of the Blue Economy Kenneth Racombo, chief executive of the SFA Nichol Elizabeth, deputy chief executive of the SFA Radley Webber, stakeholders and key partners in fisheries.

The national plan that takes a co-management approach to fisheries management was approved by the Cabinet in 2017 for implementation of its two phases.

The Cabinet also approved the setting up of a Co-management Plan Implementation Committee that would address the concerns raised by stakeholders and fully involve them in the implementation of the plan.

The Co-management Plan Implementation Committee was set up in January 2019 and is made up of stakeholders that are concerned with fisheries, including the authorities, fishers and fisher associations, fish processing businesses, local non-governmental organisations.

The co-management plan was gazetted in February 2020, while its regulations were gazetted earlier this month, with the implementation of the regulations set start in January 2022.

The plan proposes a set of measures to regulate fisheries that apply to different actors in the field, including licensed fishers, recreational and sports fishers and also the consumers.

To enable the application of such measures, a regulatory framework, capacity-building plan and allocation of resources for enforcement have been put in place by the SFA.

Launching the new management plan, Minister Ferrari firstly commended the priceless contributions made by many individuals, with words of recognition for the ex-chief executive of the SFA, the late Finley Racombo and Florent Pool, a founding member of the Roche Caïman Fishermen Association.

He described the new management plan as a journey that has been planned, designed and will be travelled together.

Minister Ferrari also noted that the development of the management plan was done according to international best practice, while it is the first fisheries document to be developed strictly according to Seychelles’ legislation, and built on co-management approach.

He added that the plan also adheres to an eco-system approach to fisheries, including a programme of communication, sensitisation and education, while it also has several bells and whistles, such as a performance management system.

Minister Ferrari further added that across the western Indian Ocean, the co-management planning process is likely to become an example for many other countries.

He also reminded everyone the sea’s bounty is not infinite as we all have the tendency to think.

Stressing on the term ‘co-management’, Minister Ferrari, again explained that everything, including the concept and implementation, has been done and will continue to be done together.

He also noted that the government, being under a democratic system mandated by the people, is ultimately responsible to look after the nation’s resources and the interests of not just some, but all the citizens of this country.

The Mahé Plateau supports an artisanal fishery that is critically important in providing local food security and economic development in Seychelles.

The main species targeted by the hand line fishery are snappers, groupers and emperors whereas the trap fishery targets rabbitfish, parrotfish and emperors.

However, over recent years fishers have raised concerns over decreasing catch rates and sizes of target species, and this has been supported by risk and stock assessments.

These assessment results demonstrated multiple lines of evidence that overfishing on some of the major plateau fishery species is likely to be occurring and that management intervention is an urgent need.

Sustainable resource management is also consistent with the vision of the Seychelles government.

Consistent with world's best practice the development of this plan followed principles of the Ecosystem Approach to Fisheries Management (EAFM), also a requirement of the Seychelles Government's Fisheries Act 2014.

The development of the plan also heavily involved stakeholder consultation and input. This plan document presents the elements of the management plan for the Mahé plateau artisanal trap and line fishery.

These elements are objectives of the management plan, issues facing the fishery, how the plan will be implemented, management strategies and regulations, the Performance Measurement System, monitoring, Control and Surveillance as well as plan review process.

The Mahé plateau supports an artisanal fishery that is critically important for food security and economic development of our nation.

For years fishers have raised concerns over decreasing catch rates and sizes of target species.

Recent scientific studies have produced multiple lines of evidence that overfishing of some of the major plateau target species is likely to be occurring and that management intervention is urgently needed.

One scientific study has shown that the average catch rate (catch-per-unit-effort, ‘CPUE’) across nine target species groups has decreased by 65% since the early 1990’s.

The reduction in catch rates and other evidence of overfishing has prompted the introduction of measures proposed in the Mahé Plateau Trap and Line Fishery co-management Plan to improve sustainability of our fish stocks.

Such measures include a size limit for bourzwa (Emperor red snapper) and zob gris (Green jobfish), two of the most commercially important species. 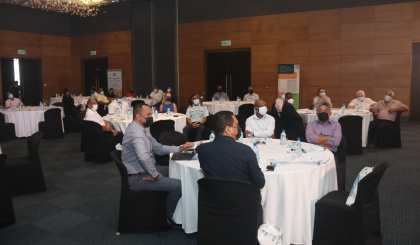