Mayor Andre and PS Kalebi after unveiling the new name

‘Maison de L’Harmonie’ is the new name for the building housing the School of Music at the National Conservatoire of Performing Arts, Mont Fleuri.

The name was unveiled by the Mayor of Victoria, David Andre, who is also responsible for Culture, in a small ceremony held at the conservatoire yesterday morning to commemorate World Music Day.

He was assisted by the principal secretary for Culture, Cecile Kalebi.

To mark the occasion also, the honorary consul of the Republic of Seychelles in Japan, Ikuo Masuyama, donated some musical instruments to the National Conservatoire of Performing Arts.

Musical performances at the conservatoire by staff and other musicians and by the National Choir on the balcony of the National Museum of History in Victoria was also on the programme to commemorate the day.

The activities to mark World Music Day had been organised by the culture department in collaboration with the conservatoire.

Present were the chief executive of the National Arts Council (Nac) Jimmy Savy; the director of the conservatoire, Pierre Joseph; staff; fellow artists and musicians among other guests.

According to the head of music, Antoine Souris, the former hotel school had no name since it had been used, for many years, as a music school.

He stated that they had called the building many names including the ‘Stone Building’ at one point, as its main structure is made of stones.

Mr Souris said after renovation work was carried out on the building recently, it was decided that it should have its own name to differentiate it from the other buildings of the National Conservatoire of Performing Arts.

As for the musical instruments – 100 pianicas, 50 soprano and alto recorders, and 10 castanets – they were handed over to the conservatoire by Japanese-born Kuniko Boniface, an instructor at the conservatoire, on behalf of Consul Masuyama. The pianicas are voice activated through the use of a blow pipe. They will be used by students who come for music lessons.

Speaking in a recorded video from his home country, Consul Masuyama said he was pleased to have donated the musical instruments for the development of musical education in the country.

He further said that music is a very effective way to connect people beyond the language barriers and the donation paves the way for further exchange between the Seychellois and Japanese children.

“I hope that the friendly relations between the two countries will deepen even more,” he said.

The event culminated with a medley sang by the staff and guests.

A moment of silence was also observed for staff of the school and other musicians in the country who have passed away. 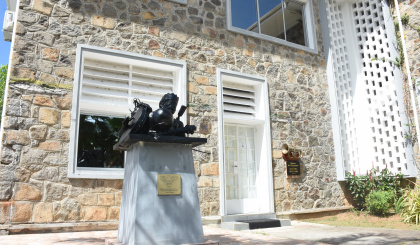 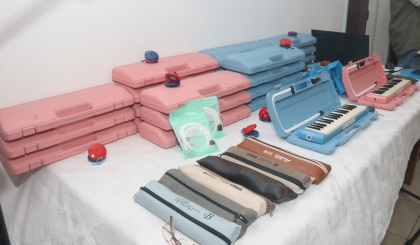 Samples of the instruments donated by Consul Masuyama