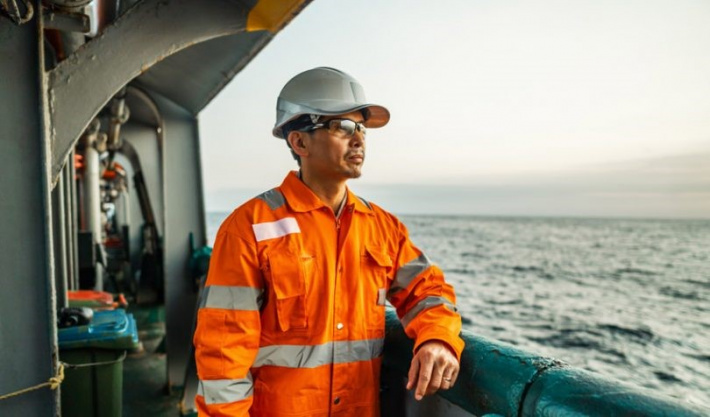 Every year the International Maritime Organisation (IMO) celebrates World Maritime Day on September 30. This year's theme is ‘Seafarers at the core of shipping's future’.

According to Douglas B Stevenson “Seafarers are highly skilled professionals, but they are also very vulnerable to exploitation, abuse and discrimination. Their highly mobile workplace takes them from country to country and beyond frontiers. Seafarers are often far away from the land based institutions that provide stability, predictability, and protection that land based workers benefit from”.

Seafarers play an important role in the ship operation. They are also a key factor for ship security. Unfortunately, it has been the case that for decades, seafarers’ fundamental rights are not respected by certain ship-owners and in some cases human fatigue was a contributory factor causing accidents at sea.

Preoccupied by these urgent situations, the International Labour Organisation (ILO) adopted since 1919, around sixty international Conventions relative to seafarers’ rights to improve their working and living conditions on board ships. However, with IMO support, the ILO adopted in 2006, the Maritime Labour Convention (MLC, 2006) which consolidated all these standards in one single document.

The MLC 2006 aims to ensure that all seafarers have the right to a safe and secure workplace, fair terms of employment, decent working and living conditions on ship, and rights to health protection, medical care and other protection.

Further, the purposes of the Convention are embodied in the preamble found in it. Indeed, the preamble provides that all seafarers are covered by the provisions of other ILO instruments (all previous standards) and have other rights which are established as fundamental rights and freedoms applicable to all persons while considering the global nature of the shipping industry that is necessary for the seafarers’ special protection.

In addition, this instrument is one single document which incorporated around sixty international conventions adopted since 1919, dealing with seafarers’ rights and obligations.

The MLC 2006 requires states to ensure the respect of fundamental rights while implementing and enforcing the Convention.

The MLC Convention applies to all seafarers. Seafarer means any person who is employed or engaged or works in any capacity on board a ship to which this Convention applies. Then, persons who regularly spend more than short periods on board, even where they perform tasks that are not normally regarded as maritime tasks, may still be regarded as seafarers for the purpose of this Convention regardless of their position on board.

The Convention also applies to all ships, whether publicly or privately owned, ordinarily engaged in commercial activities, other than ships engaged in fishing or in similar pursuits and ships of traditional build such as dhows and junks. Moreover, it does not apply to warships or naval auxiliaries.

The implementation of the Convention, depending on the willingness of the government to comply with the Convention through national laws or regulations, collective agreement or other measures practice by a State. Title 5 of the Convention confers the obligation through an effective and coordinated system of regular inspection, to verify that ships that fly its flag comply with the requirement of the international labour standards. Moreover, it provides that each flag state shall require ships flying its flag to carry and maintain a Maritime Labour Certificate valid for a period of five years and complemented by a Declaration of Maritime Labour Compliance, certifying that the working and living conditions on board the ship meet the requirements of national laws and the MLC 2006.

In his message for the theme 2021, the International Maritime Organisation,   Secretary-General Kitack Lim, highlighted that “seafarers have not only been impacted by the pandemic, but their lives have also been put at risk in other ways – one major issue being piracy incidents, costing lives and traumatizing many more who have been held hostage or are still in the hands of their attackers” and called on governments to take more action towards the seafarers.

He further emphasised that “this year, we want to shine a light on the significance of the human element to the safety of life on board ships and the importance of ensuring an appropriately trained and qualified future workforce, ready to meet the challenges and opportunities of digitalisation and automation. We will also place a special focus on seafarersʹ well-being, an area highlighted by the plight of seafarers during the Covid-pandemic”.

As a small island developing state, the importance of shipping to the socio-economic development is critical. As Seychelles tankers sail on international voyage, there is a need to ensure our vessels adhere to its IMO International Conventions in relation to Seychelles seafarers.

Subsequently, to comply effectively with IMO’s conventions, Seychelles enacted the Merchant Shipping (Maritime Labour Convention) Regulations, in 2015.  Article 3(1) provides “seafarer as any person including a master who is employed or engaged or work in any capacity on board a ship, but excludes a list of persons. The Seychelles Maritime Safety Authority is responsible to maintain a public register of seafarers and implement the Merchant Shipping (Maritime Labour Convention) Regulations.

As we celebrate World Maritime Day 2021 under the theme ‘Seafarers at the core of shipping's future’, let’s continue to value their role and uphold their safety and right.