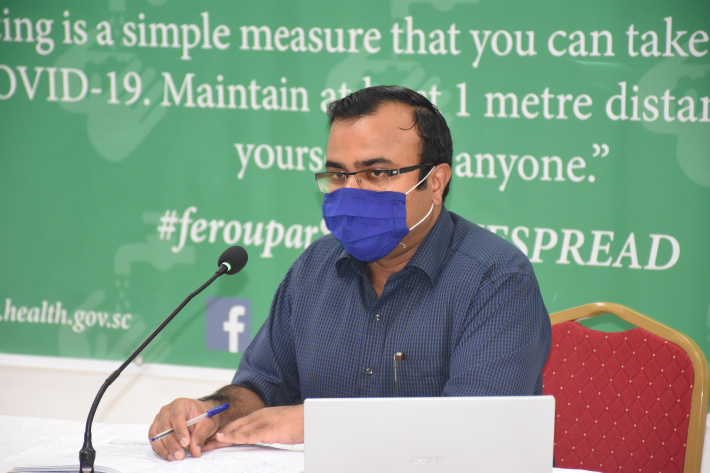 In a press update yesterday, the Ministry of Health has expressed its satisfaction at the first phase of the Pfizer vaccine roll-out for adolescents aged between 12 and 17 years, with over half of adolescents already having received the jab.

According to Florida Bijoux, manager of the expanded programme for immunisation, a total of 4,800 children between 12 and 17 in secondary and post-secondary schools have received their first dose of the vaccine which represents over 50% of the 7,000 adolescents targeted.

Dr Sanjeev Pugazhendi, member of the National Technical Working Committee, added that this “is a very good uptake for within one week”.

The Ministry of Health has scheduled to return to the schools to dole out the second dose of the Pfizer vaccine to adolescents on the week starting October 14, 2021.

The Pfizer-BioNTech vaccine is the fourth Covid-19 vaccine being offered to the population, following roll-out of the Sinopharm, Covishield and Sputnik-V vaccines earlier this year.

Seychelles received a total of 35,100 doses of the Pfizer vaccine on September 9 and it started being administered in schools mere days later on September 11.

“The vaccination campaign in schools went really well and we thank the Ministry of Education for its cooperation. The only logistical issue we faced was with our data management system. We had wanted to undertake live data entry as and when the children were being vaccinated. However the majority of data has already entered the system as of today,” said Mrs Bijoux.

In regards to cases of adverse effects of the Pfizer jab in children, Dr Pugazhendi detailed that they have received reports where three children were admitted and provided medical assistance after suffering from severe after-effects within a week of the vaccine being administered. They were later discharged.

He noted that a board is investigating and compiling data on these cases, and upon finalisation, the board will establish whether or not these children will take their second dose of the Pfizer.

Mrs Bijoux yesterday also stressed that parents whose children in the 12 to 17 demographics have yet to be vaccinated can still sign the consent forms and produce their kids at the vaccination centers open next week.

Aside from children who have not been able to take the vaccine through educational institutions, next week’s Pfizer jabs will be expanded to any Seychellois citizens aged 12 onwards who have not taken any vaccines.

These four centres will operate from Monday to Thursday next week, between 8am and 3pm.

“For Praslin, there will only be one centre operational: Grand Anse Praslin health centre and it will be offering first doses of the Pfizer vaccine on September 28, 8am-3pm. The centre will be open on September 29 but it will be for the Sinopharm vaccine since there are people due on Praslin for their second dose and there may be some who would want to take their first doses as well,” explained Dr Pugazhendhi.

“On La Digue, the Logan Hospital will be offering the first doses of the Pfizer vaccine on October 1, again from 8am to 3pm.”

Further than this, the Ministry of Health has taken the decision to offer third doses, or boosters, to those who are immune-compromised and more vulnerable to Covid-19. These include patients on dialysis, cancer patients and residents of the North East Point complex which includes the North East Point hospital and the elderly home.

Additional priority groups for the booster shots will be announced in the coming weeks.

Dr Pugazhendi remarked that the decision to give the booster shots has been based on the ministry’s assessments of local and global evidence and research.

It is to be recalled that President Wavel Ramkalawan earlier this month announced that he had taken two additional doses of the Pfizer vaccine, on top of his Sinopharm doses, adding that booster shots will be made available for the populace. 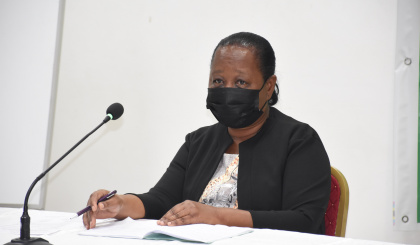