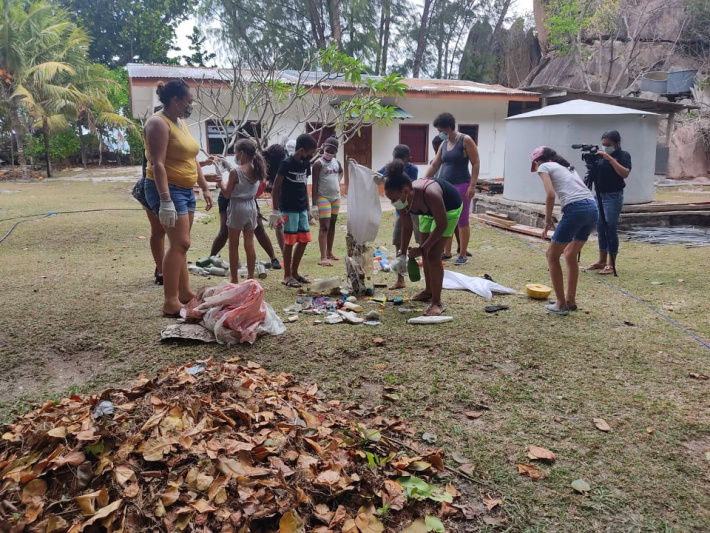 Baie Ste Anne students sorting the rubbish they have collected

For this year’s Clean up the World Campaign, the Seychelles National Parks Authority (SNPA) collaborated with a number of organisations to clean the national parks. Rotary club Coco De Mer was one organisation which was very supportive of SNPA’s clean-up efforts. The club donated some much-needed equipment (gunny bags and gloves) which was enough for all the six targeted sites.

The club joined the marine operation team on Saturday September 18 to clean the Baie Ternay and Port Launay marine national parks, together with the LEAP project. Collaboratively, the team managed to collect 130kg of rubbish made up of plastics, glass, Styrofoam, flip flops, and other items. Even in the unfavourable weather, the needful was done. The club and collaborators were thrilled with their contribution.

The day prior, in the Ste Anne marine park, research team and park rangers managed to collect 26kg of rubbish in 35 gunny bags. The main rubbish collected were PET bottles and Styrofoam bits. The clean-up was mostly on the turtle nesting beaches of Ste Anne island.

Another SNPA public collaboration was with the Bel Ombre district administration, National Youth Council and a private business. The group de-littered the Anse Major trail and the beach. Twenty (20) gunny bags of rubbish were collected.

At the Botanical Garden, the staff took the opportunity to get rid of things that have accumulated near the store for some time. Seychelles Parks and Gardens Authority (SPGA) chief executive Allen Cedras made sure that the sea floor was cleaned too. Together with Minister for Agriculture, Climate Change, and Environment Flavien Joubert and divers from the Ocean Cleanup Project did a dive clean-up near Providence. They removed some ropes and anchor from the sea bed.

To everyone who joined SNPA in its effort to reduce pollution in the protected areas, well done! 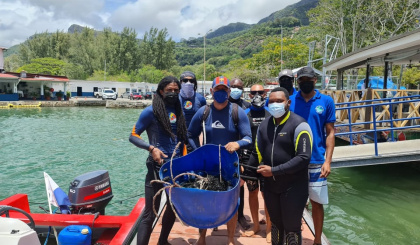 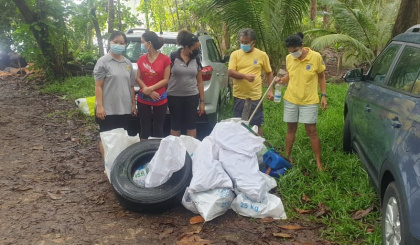