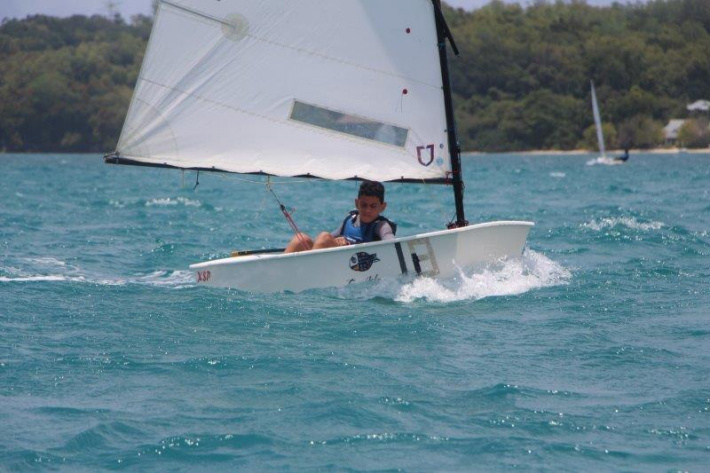 Marzocchi won all the races to retain the Optimist category title

Luca Marzocchi was the only sailor able to defend his title won last year as he claimed victory in the Optimist class of the National Championship sailed last weekend.

The other winners of the championship contested over two days ‒ Saturday and Sunday ‒ and organised by the Seychelles Yachting Association were Ryan Alcindor (Laser 4.7), Rodney Govinden (Laser Open) and Matt Humphreys (Laser Radial).

Like last year, Marzocchi won all seven races in the five-boat fleet to retain the Optimist title with six points nett after one of the results, supposedly the worst which in fact was a first place, was discarded.

“I am proud of myself to have been able to give a good display and retain my National Championship title. My next target is the Eden Cup before I move to the bigger laser 4.7 category next year,” Marzocchi told Sports NATION.

In the highly contested Laser Radial category where four of the five contestants took at least a win, overall victory went to Englishman Matt Humphreys who is holidaying here.

Humphreys had a good start to the championship as he won the first three races, but it was a different story for him in the remaining five races as he collected second and fourth positions twice and was third in the seventh race. After his worst finish ‒ a fourth place ‒ was discarded he finished with 14 points nett.

Third overall last year, Loïc D’Offay improved to second position this time. He registered wins in races four and seven, but it was not enough to catch up with Humphreys as he finished with 15 points nett ‒ one more than the former’s tally. D’Offay finished with 19 points and his worst finish was a third place.

Both Paul Morel and Dean Mathiot had a win apiece in this fleet. Like D’Offay, Morel collected 19 points, but had to settle for third position with 16 points nett after his worst finish ‒ a third place ‒ was discarded.

As for Mathiot, who easily retained the Laser 4.7 class title last year with victory in all seven races, he is finding life a little hard in the bigger category as he could only finish fourth with 20 points nett (total 24).

In fifth position was Connor Haworth who took part in only two races.

Absent for last year’s championship when Mathiot found the going easy to win the Laser 4.7 class, Ryan Alcindor was present this time and he made no mistake to add his name to the winners’ list.

Although he was slow off the mark with a fourth place finish in the first race, promising sailor Alcindor rediscovered his winning touch to claim victory in the next five races and was second in races seven and eight. This was enough to earn him 13 points (nett 9 points) for first place.

“I feel happy to have won the championship. The win and sea conditions were to my advantage on the first day and I did my best. On the whole, it was a very good fight and I am happy I won,” 19-year-old Alcindor who will turn 20 on September 23, told Sports NATION.

After a good start with first place in the opening race, Marius Assary lost momentum but collected his other first-place finish in race number eight, to finish second overall with 21 points (net 16 points).

Tim Figaro also got a win and finished with nett 16 points like Assary, but had to settle for third position.

Reigning Sportsman of the Year Rodney Govinden exacted revenge on his twin brother Roy who beat him to the Laser Open category title last year.

In seven races, Rodney Govinden, who this year made a second appearance at the Olympic Games in Tokyo, Japan after earning qualification in October 2019 after winning a gold medal in the African Laser Championship in Algeria, collected four wins in races one, three, five and seven in his Laser standard one person dinghy.

He finished with 13 points in total (nett 10) after having his worst result ‒ third in race number two ‒ discarded.

Speaking to Sports NATION, 37-year-old Rodney said: “The National Championship was very competitive with my brother Roy, Allan (Julie) and I battling it out in all the races. But I believe I was the most consistent sailor over the two days of competition contested in varying weather and sea conditions.” 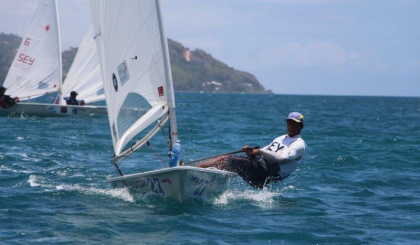 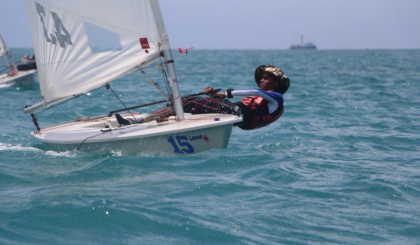 Promising sailor Alcindor in action on the Laser 4.7 class 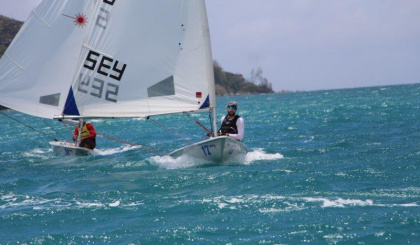