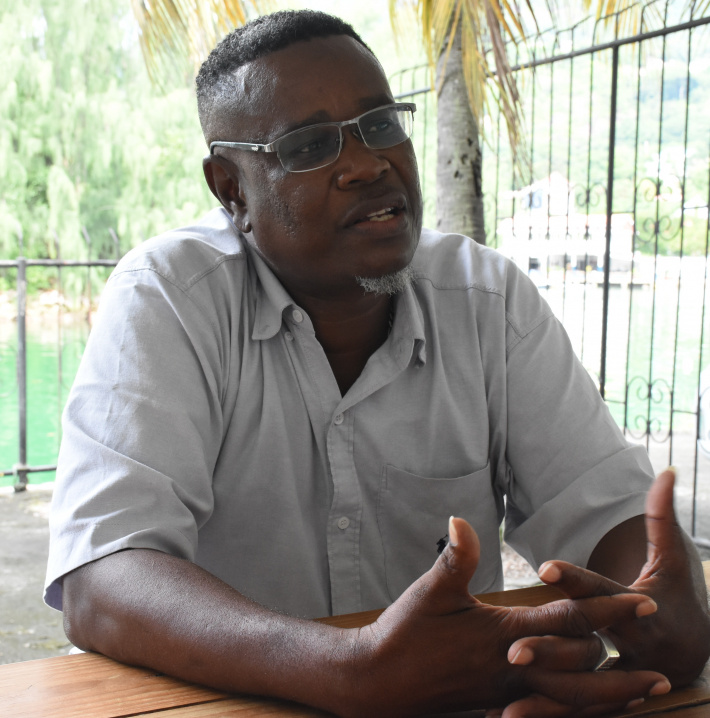 After bringing in new measures and firmer disciplinary actions against non-compliant local taxi operators, chairman of the Seychelles Taxi Operators Association Frank Kilindo has recently been the victim of an act of vandalism which he has described as life-threatening.

Based at the Seychelles International Airport at Pointe Larue, Mr Kilindo said the braking system of his car was tempered with, more precisely cut in an attempt to silence him and his committee in maintaining order and discipline within the local taxi business.

He explained that his vehicle uses the anti-lock braking system (ABS) which is a key safety feature in most modern cars and trucks. Anti-lock brakes work with a car's regular brake system by automatically pumping them in the event of a sudden stop.

Still according to him, he has a clue as to who the person behind the dirty act may be, but did not give more details since he is planning on making it a police matter.

Mr Kilindo took the hot seat of the Seychelles Taxi Operators Association (STOA) in October 2019 and has ever since been coming up with new strategies to bring more professionalism into the business. Something which he said is not welcomed by a minority of local operators who are still doing things their own way, regardless of the consequences.

Still according to Mr Kilindo, the mandated authorities, mainly the Seychelles Licencing Authority (SLA) is not cooperating with the STOA in taking appropriate actions against the non-compliant operators, leaving the association in a difficult situation, thus exposing its executive committee members to threats and acts of vandalism.

He also noted that it is a sad situation since the STOA is fighting for the right of the operators, especially in terms of saving their businesses from illegal, including illegal transfers, as well as corruption, involving big hotels, tour operators, as well as tour guiding companies.

It is to note that in a recent meeting with the Minister for Foreign Affairs and Tourism, Sylvestre Radegonde, the STOA received his full commitment in taking up all the matters affecting the operators, since their businesses have a direct impact on the local tourism industry which is still convalescing from the impact of the Covid-19 pandemic.

Minister Radegonde promised that firmer measures will be taken to protect the industry and all partners involved, adding that visitors deserve value for their money through the quality of service.

Despite whatever happened, Mr Kilindo said he remains committed to upgrading the business and service, while he will need the full cooperation of the higher authority in the process.