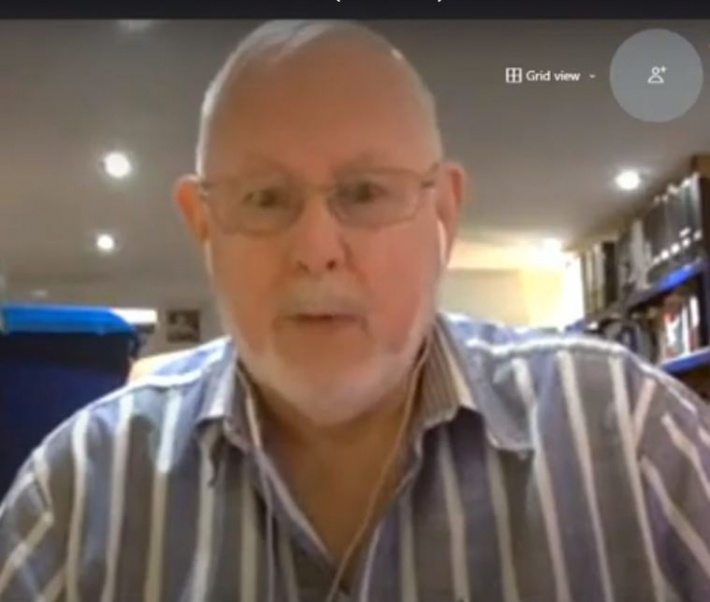 British private investigator, Ian Withers, was the only person in open session before the Truth, Reconciliation and National Unity Commission (TRNUC), yesterday afternoon, as a witness in Case 0349 – Joy and John Ferguson in relation to a property they purchased from him at Turtle Bay in 1986.

Eventually somehow through court proceedings, Mr Berlouis and Mrs Pierre repossessed the property because they still hold the title and the Fergusons had complained to the commission that they were left with nothing. The commission had wanted the reaction of Mr Withers in the case among other evidence he would have liked to share to help in other investigations.

Through Skype, Mr Withers said that he purchased the property from Mr Berlouis for R375,000 of which R100,000 was paid upfront in cash.  He added that R200,000 was for the land and property and the rest for the fixtures, fittings and furniture.

He said in December 1991, he got a call from lawyer Bernard Georges, who was representing Mr Berlouis and the Fergusons, who told him he would settle the matter between the two parties (Berlouis-Pierre and the Fergusons) and was asked to provide him (Georges) with the power of attorney. He further said that the power of attorney was given to Mr Georges through his solicitor in London and from there he never heard anything. He noted that, to his thinking, the matter was resolved until it was brought up by the Fergusons before the commission. He added that he had no idea Mr Berlouis regained possession of the property as he had paid him R375,000. He said he also never heard from the Fergusons as well.

Giving other evidence to help the commission with other investigations, Mr Withers stated that he was aware of the 1986 coup attempt by Mr Berlouis to take power from the late President Albert Rene. He said that he was asked by the President to conduct a pre-investigation prior to the attempted coup. He further said that he discovered that Mr Berlouis, along with three other high ranking army officials, were planning to overthrow the president.

Mr Withers added that he gave the President the results of his investigation but he could not remember if the results were given to him (President) prior to his trip on an overseas mission in Harare or when he was presently on the mission. He said he did not recall the death of radio presenter Marjorie Baker who was murdered on the night of September 5, 1986 at Glacis, a day after the president returned into the country.

He said his first intelligence gathering assignment for Seychelles was in 1979 and from there he was invited to come to Seychelles in 1981 for other internal intelligence gathering in the country as well as from outside the country, on behalf of the state. He noted he did that until 1986.  He noted that while in the country, he did at times attend internal security meetings at State House but he was not aware to whom or by whom the executive orders were given.

Mr Withers stated that he was involved in recording telephone conversations of Seychellois political dissidents in Britain and elsewhere and that include those between James Mancham, Gerard Hoareau and Paul Chow among others. The recordings were sent to the president. He said the Sunday Times was also invited to take part in the recordings of conversation as a cover up to act as an independent witness to activities being carried out by the Mouvement Pour La Resistance (MPR).

He added that Mario Richie was also part of the plan to tape overseas political dissidents (especially in the 412 hotel tapings in London) as he was a double agent. He said that although he spied on Mr Hoareau, he still doesn’t know who killed him on November 29, 1985 outside his house in Edgware, London.  He stated that he was in Seychelles when Hoareau was murdered.

Mr Withers said that he provided information to the state on mostly all of the Seychellois political dissidents who disappeared or were murdered during the one party state. He noted that his contract for intelligence gathering for Seychelles ended in mid-1986. He stated that Mr Rene was a single minded person.