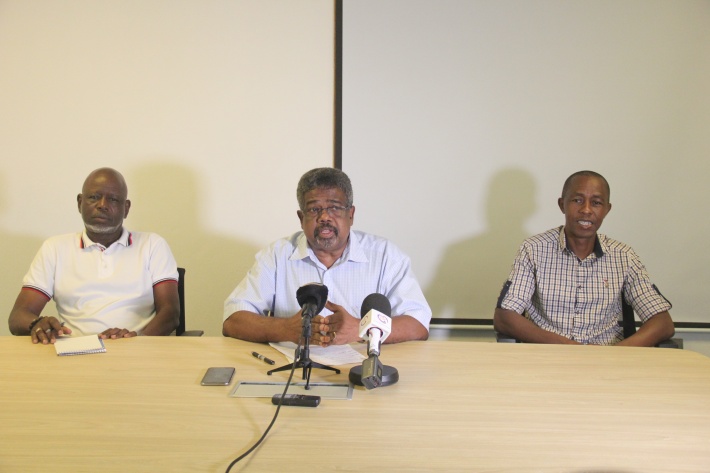 The veterinary clinic that will care for farm animals has moved to the former BBC building at Grand Anse, Mahé in a bid for it to be closer to the farming community.

The chief executive officer of the National Biosecurity Agency (NBA), Marc Naiken, made this announcement yesterday during a conference with various media houses this morning at the newly relocated veterinary service.

Mr Naiken explained that the decision to relocate the service came about from consultative meetings with farmers.

“It is important that our services are conducted much closer to areas where a large majority of farms are located in order to provide a better service,” said Mr Naiken.

“It is important to note that all the services that the facility will provide will be specifically for large farm animals and not for domestic animals,” added the CEO.

He noted that the facility will include an open plan office, a storage unit as well as a counter top for customers when they come to the facility.

A vet will also be on standby during the evening to care for emergency cases.

Mr Naiken added that his team are working on bio-security measures for farmers to put in place on their farms to avoid the spread of diseases between farm animals.

The contact details for the veterinary clinic will remain the same on 4303144.