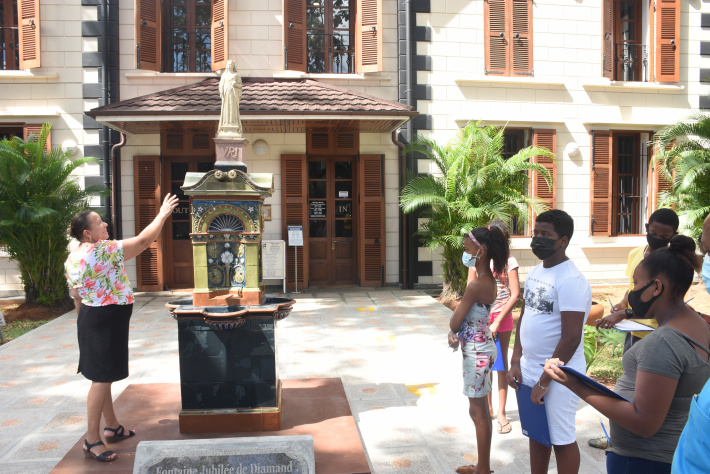 The Seychelles National Museum of History transports you 250 years into the past, giving you a taste of the islands’ rich creole heritage.

One has not truly uncovered the beauty of the Seychelles Islands until one has explored the archipelago’s roots. Situated in the heart of Victoria, the destination’s capital, and steps away from the famous Clock Tower, the National Museum of History hosts numerous galleries which recount tales of the past through unique artefacts and images.

A piece of History

The National Museum of History serves as a memory of the past, not only through its contents but also for its colonial-style architecture which reflects the traditional architecture of Seychelles. Originally built by the New Oriental Bank for their use, the museum opened its doors in 1965 and is now housed in what was formerly the home of the Supreme Court of Seychelles, after having moved from what is currently the Office of the Mayor of Victoria in 1990.

Welcoming you at the entrance of the museum is what is believed to be the smallest statue of Queen Victoria in the world in the small capital named after her at the Queen Victoria Jubilee Fountain which was unveiled, during the long-reigning monarch’s lifetime, on January 5, 1900 by Lady Mary Jane Sweet-Escott, wife of Administrator and first British governor of Seychelles, Sir Ernest Bickham Sweet-Escott. A few steps away lies the bust of Pierre Poivre, the administrator intendant of Isle de France and Ile Bourbon responsible for introducing cinnamon and spices to the islands through the establishment of the Jardin du Roi, inspiration behind the current-day gardens of the same name at Enfoncement, Anse Royale.

Tasked with illustrating the history of Seychelles and the acquisition, preservation and exhibition of historical artefacts of ethnological interest that exemplify the traditions and modes of life in times past, the museum was revamped in 2018 to include digital displays and more artefacts and galleries covering wider aspects of Seychelles history including economy, politics, key events and culture.

The heart of a Seychellois home

Famed for their exquisite cuisine, the Seychellois people had particular tools that aided them in delivering an exotic blend of spices and fresh ingredients. Back in the day, the kitchen was a separate structure from the main house, built particularly to prevent house fires. Typical creole kitchen appliances such as the mortar and pestle, enamel mugs and plates, cassava grater and the ‘marmit’, a cast iron cooking pot found in every home, can be seen on display. A monumentally significant part of the creole household, the kitchen displays of the museum holds artefacts that are still used in modern kitchens around Seychelles.

Tales of the Sea

A mural of local fishermen and their traditional wooden pirogues, a small fishing boat, transport you to the days where fishermen would venture out in the early mornings for fresh fish. If you’re lucky, and early enough, you can catch a sight of this traditional routine as you take a morning stroll along the shores of beaches such as Beau Vallon. On display, you can find a hand-made bamboo fish trap known as kazye and even a lansiv, a conch shell, which fishermen used to entice the Seychellois out of their homes to the shores or market to buy the fresh catch of the day, a ritual kept alive to this day.

Nature's medicine forms part of the living heritage of the Seychellois. Being a small island nation, the people made the most of what they could get their hands on and this included medicine. Blessed with rich biodiversity, herbal remedies which you can see on display, were used to treats all sorts of ailments. From tisanes for a host of malaises and aches, cooling balms for burns, to tonics or ‘rafresisan’ prepared from leaves and roots of plants, many of these remedies are still used today and have been scientifically proven to be beneficial to one’s health. You can even spot some of these plants as you explore some of the islands’ many nature trails.

The creole culture is bursting with bold and vibrant art – from music and dance to compositions and crafts. The artistic beginnings of the Seychellois people are displayed through artefacts such as sculptures and traditional musical instruments including the moutia drums and other instruments made in Seychelles. You can also find images and other crafts, many of which, such as rafia bags and hats, have become popular souvenirs.

Traditional Seychellois fashion for various occasions and the typical hairstyles worn by the women at the time can be seen on display in one of the museum’s galleries. You can even discover some of the traditional games, some of which have been passed down and remain alive in today’s society. As you explore some of these artefacts you will notice how African, Asian and European presence has shaped the creole culture.

There is no better way to remember your journey through the halls of history than by taking home a small souvenir. After your tour stop by the museum’s gift shop which holds an array of gifts for people of all ages. For the young ones pick a traditional rag doll or a book of folklore for bedtime stories as they drift off into dreamland. You can find local crafts ranging from bags to wooden creations and you can even take home a small marmit! You are sure to find something for yourself and all your loved ones!

(The accompanying photos show some displays in the National Museum of History). 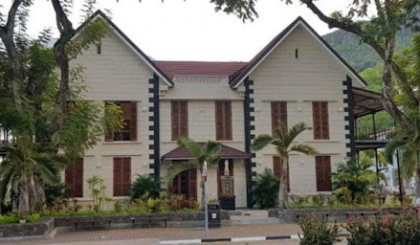 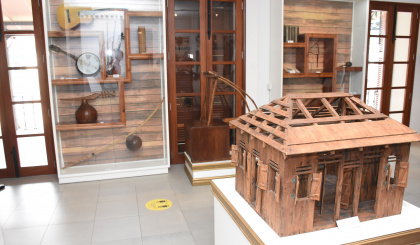 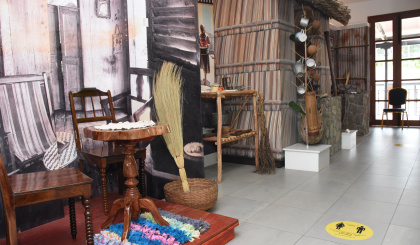 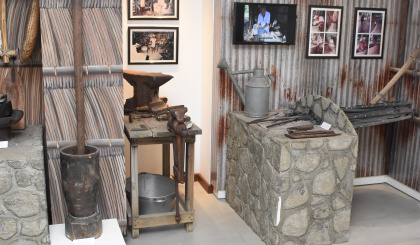 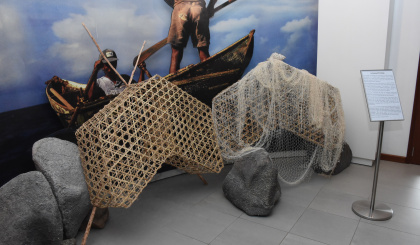