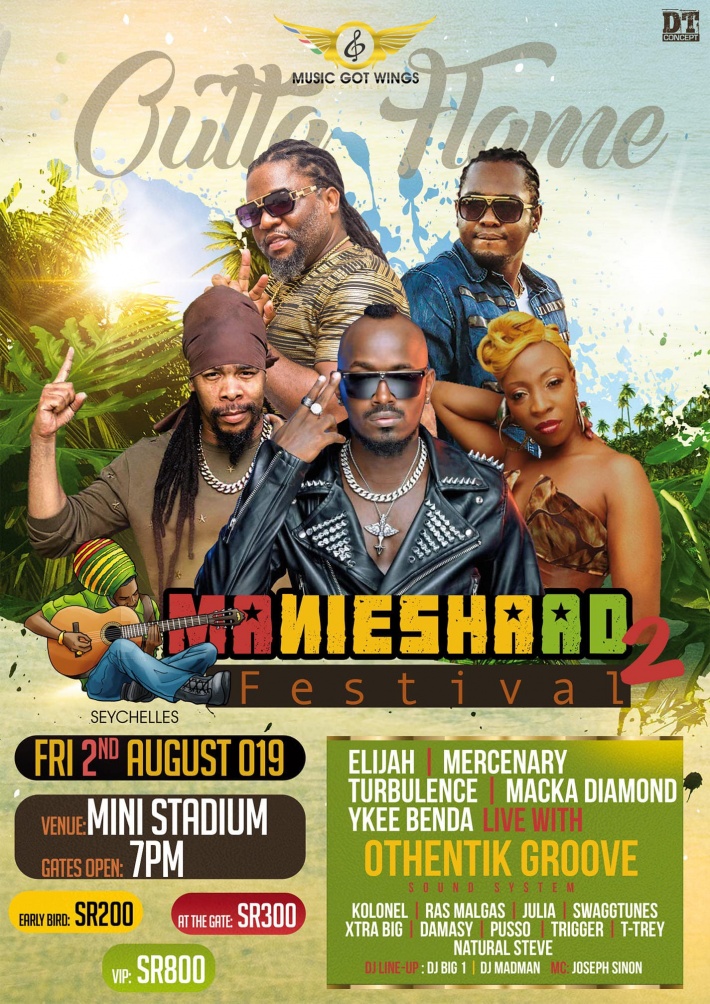 On Friday August 2, the Mini Stadium in Victoria will echo with the sounds of reggae music as the second edition of the Manieshaad Festival: Outta Flame takes off with a jaw-dropping line-up of musicians and artists.

The festival, spearheaded by Music Got Wings Seychelles, boasts at least 20 entertainers among whom are three international headlining acts, namely Turbulence and Macka Diamond from the land of reggae and dancehall, Jamaica, as well as Y-Kee Benda, a young Ugandan male singer best known for his singles ‘Budumbu’ and ‘Kynekebula’.

Turbulence is a reggae artist who appeared on the music scene in 1999 when he was discovered by Philip "Fatis" Burrell. He has released a number of albums including ‘I Believe’, ‘United’, ‘Notorious - The Album, Songs of Solomon’, ‘Triumphantly’, ‘Join Us’ and ‘Hail The King’. Over the years, the artist has risen to prominence as an internationally recognised and nationally celebrated artist who voices problems of poverty and violence in Jamaica while also highlighting the political and social injustices through his music.

Macka Diamond, the second international act of the night, is definitely known to the locals for her hit ‘Play Tune (So so so)’ which has been making the rounds on the airwaves recently even after being released over 2 years ago in 2016. Macka Diamond has been involved with music from an early age and has found success over the years through her own work, as well as collaborations with the likes of Vybz Kartel, Denise Belfon and Mad Cobra.

YKee Benda is a fast-rising 25-year-old musician and songwriter from Uganda who is signed to Badi Music. After attaining a first class degree in Chemical Engineering, Ykee decided to start a career in music and let his Engineering career rest. Since then, he has found success on Coke Studio Africa and through numerous hits, written by himself.

Asides from international singers, the stage will also be graced by Otentik Groove Band from Mauritius, the same band who collaborated with Elijah on their last album ‘Tanpet’. Among the local artists lined up for the evening are none other than Elijah himself, Mercenary, Natural Steve, XTra Big, Pusso, Juliah, Kolonel, Specialist and T-Trey.

Numerous disc-jockeys will also be present on the night to get the crowds in the mood including DJ Madman, DJ 4Key and DJ Big One. The man himself, Joseph Sinon, will be the Master of Ceremony for the night.

The event is scheduled to kick off at 7pm. Tickets are already on sale and will be available at the gate on the day. 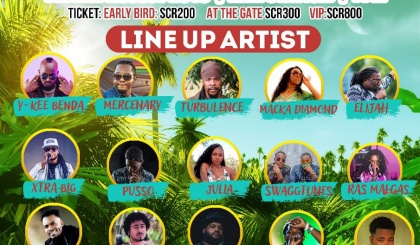