The B&E team of Brigitte Santache and Eddy Monthy are the winners of Seychelles WebCup and they will represent the country in the grand regional final later this year.

The WebCup is an annual regional competition whereby you are given 24 hours to develop a website.

The Seychelles contestants simultaneously competed on the same topic with contestants from seven Indian Ocean islands.

The winners from the different countries will meet in the grand Webcup final which is expected to be held in Seychelles in November. This will be the first time that Seychelles organises the final of this regional competition initiated by the Webcup Association of Reunion Island in 2010.

The B&E team will be competing against teams from the islands of Comoros, Madagascar, Mauritius, Rodrigues, Mayotte and Reunion.

It is the third year that Seychelles takes part in this competition.

The other team was UP Creative Studio who won the Virality prize for getting most facebook likes. They got 119 likes.

The contestants had to spend 24 hours in the ‘Webcup Space Station’ to create its website.

In his opening remarks to launch the competition, the principal secretary for information, communication and technology Benjamin Choppy said the WebCup is one of the first events in this year’s ICT week.

“Building good websites is a combination of the content, design, functionality, interactivity, structure and navigation,” he said.

He also said in this competition there is also an element of mental and physical endurance as they have to build the right mix for the website in 24 hours.

He said the department of ICT will continue supporting the competition as it views such competitions as showcasing the technical knowhow and capabilities that are represented locally, promoting interest in the sector and potentially attract new talents to it.

PS Choppy and a Cable and Wireless representative presented the winners with their prizes.

Miss Santache works for Creole Travel Services as a rates and contracting executive while her partner is a software architect and although they have access to ICT they said it is the first time they build a website.

Miss Santache said they were not expecting to win as this was just an activity for them to take part in as a couple.

“I had to leave in the middle of the night as I have a baby to take care of so my boyfriend stayed behind to work on this project on his own,” he said.

Challenges they faced were failures with the internet connection and the theme itself as there was nothing which indicated what exactly the organisers wanted. 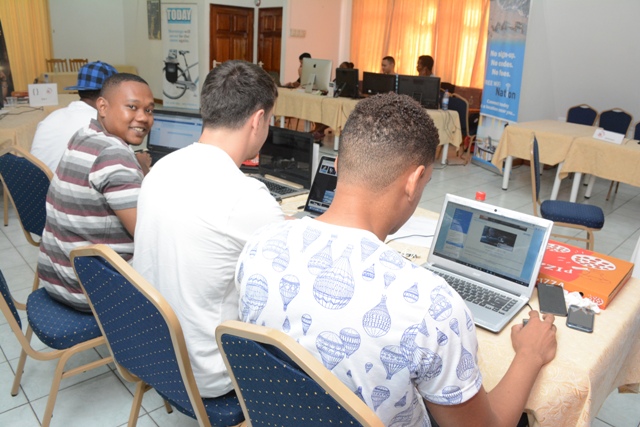 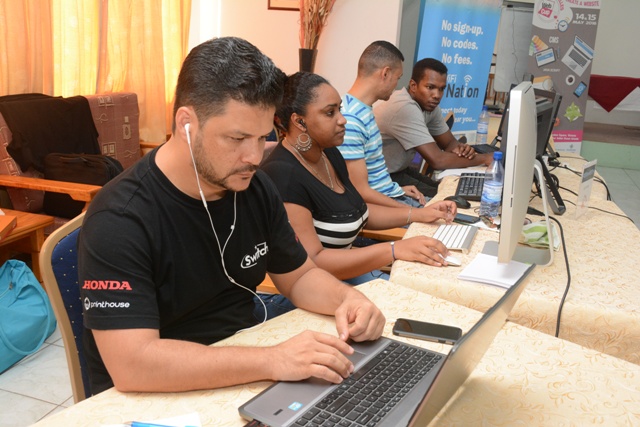 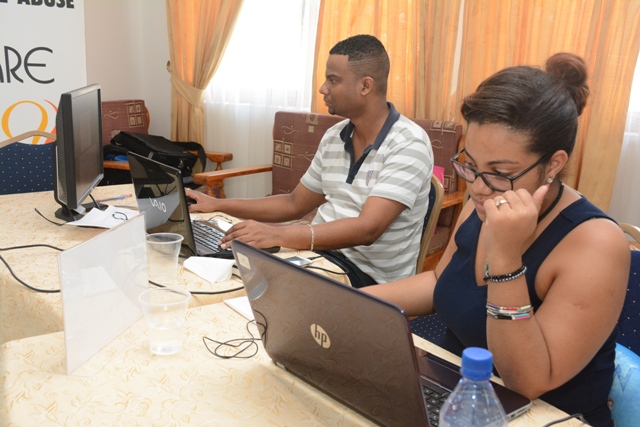 The three teams at the start of the competition