Chandran Rutnam is a much respected veteran film director hailing from Sri Lanka. He has lived and directed numerous films in Hollywood for a quarter century. His name is big in film making and he makes big films, the latest being A Common Man, starring Ben Kingsley, which won bronze at the New York Festivals’ International Television and Film Awards in 2013. He has worked with famous Hollywood directors like Steven Spielberg and George Lucas.

Rahul Nehra representing the production team and Africa Film Factory was also in Seychelles. He comes from Bollywood, India, where tens of thousands of films are produced each year, making it the biggest film industry in the world.

While most Indian films would show you the lighter side of life with lots of love, singing and dancing, a small number of films cut across serious issues of life and showcase the country’s pluralism in racial, cultural, religious and linguistic heritage.

Indian films have a global audience. Nehra was heard saying, “making an international film involving people from different countries is not an easy task.

But, the team is truly professional and everyone knows what they are doing, that makes things easier for us, the producers”.

Playing the leading male role is handsome Gabriel Afolayan, son of a popular film maker, from Nigeria. Gabriel, who is an aeronautical engineering instructor in the film, falls madly in love with a girl and goes through numerous  obstacles before marrying her (not the end of the story, mind you). He has many talents, and acting, singing and dancing are certainly at the top. But make no mistakes, he can ride a jet ski as skilfully as a well trained jockey would handle his race horse into the fiercest competition. Gabriel brings Nollywood experience to the film from African continent. It may surprise you to know that Nollywood is the second largest film industry in the world after Bollywood in terms of the number of productions per year. The Nollywood films tell African stories to a global audience.

Shoki Mokgapa is from South Africa and she plays the girl Gabriel falls in love with. She is training to be an aeronautical engineer in the film. Shoki is good looking, young, talented and a celebrity in her home country and abroad. She is a graduate from the Film School in South Africa. In Africa, millions of movie goers adore her in whatever role she plays. Undoubtedly, her appearance will make the film a ‘cannot wait to see’ one in South Africa too.

Reigning Miss Seychelles 2014 is indeed a lucky lady. Camila Estico has just cut her teeth in acting with a bang, playing the girly companion of Shoki on that fateful day when she falls in love with her instructor, Gabriel, at a party by the pool of Berjaya Beau Vallon Bay hotel. Camila looked glamorous and confident when she faced the big camera for the first time. She certainly has a future in films, if she sets her sights in that direction.

Apart from the above, over 30 young Seychellois men and women got the opportunity to be in the film when they attended the party by the pool and danced their favourite traditional dance to the tune of Creole songs. Rutnam looked quite pleased with what he was able to capture on camera that evening.  So much so, he  could not resist throwing caution to the wind and joining the dancing men and women in the end -- I suppose he did so after saying ‘cut’ to the cameraman -- for he was no match to those dancing machines.

As a co-producer of the film, SBC provided logistical support and invaluable assistance to the crew offering much needed advice on locations and selecting local talents. Director Rutnam was also assisted by professionals of international repute like Jagath Seneviratna, Assistant Director and Chandana Jayasinghe, Director of Photography, who had won many awards for their work in Sri Lanka and abroad.

The crew including three Seychellois counterparts, Patrick, Julius and Alan, together with Gabriel, Shoky and Camila, are now in Sri Lanka where they will be shooting the remaining scenes and wrap up the film in time to be released towards the end of October this year.

The film will showcase the natural beauty of Seychelles, Creole culture, food, dance, music and the talents of local youth to a global audience giving much needed publicity. This will snowball into bringing in more tourists, visitors as well as more filmmakers to our shores. The local film artists will have the opportunity to work with foreign film crews and learn from them without having to go overseas for learning the techniques.

Film making is really a big industry worth trillions of dollars annually and hopefully, Seychelles will be able to carve a piece from the pie in the not-too-distant future.

It is high time we told our stories to local audience as well as international audience by ourselves through films. In this respect, SBC has taken a step in the right direction.

The accompanying photographs highlight some moments during the filming here. 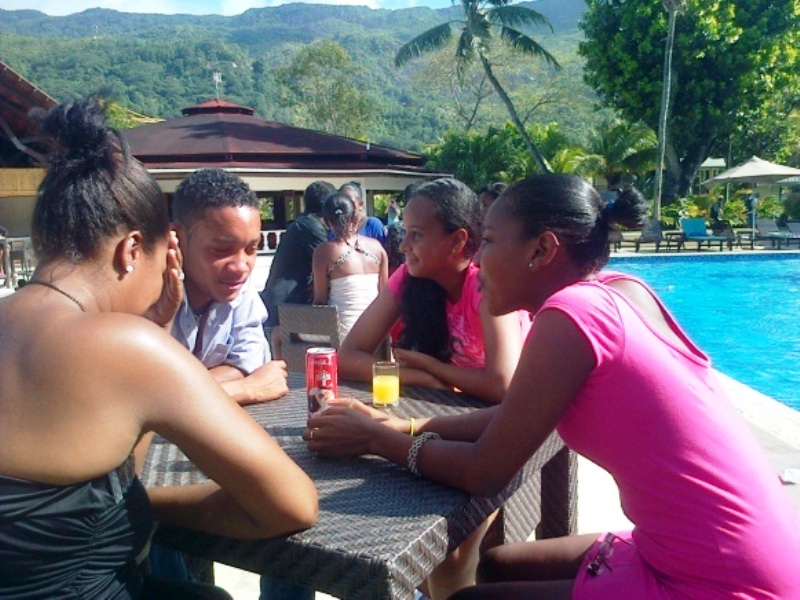 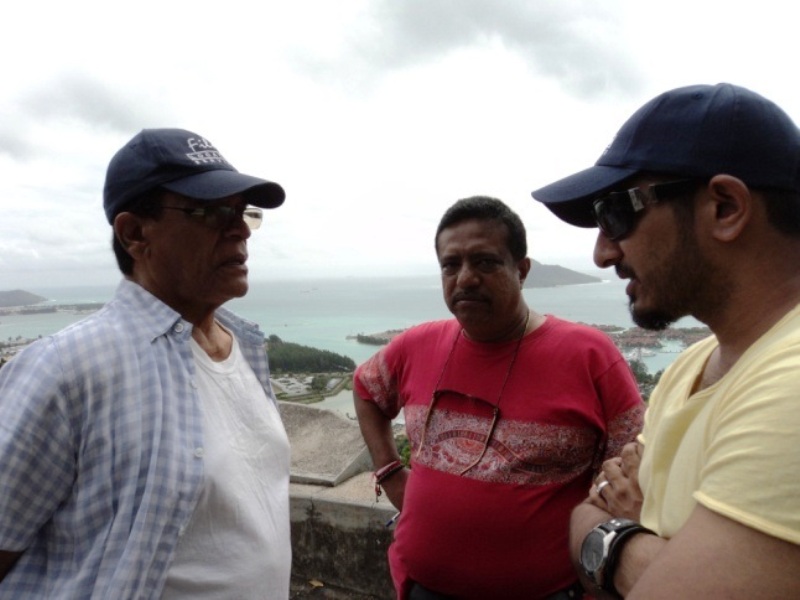 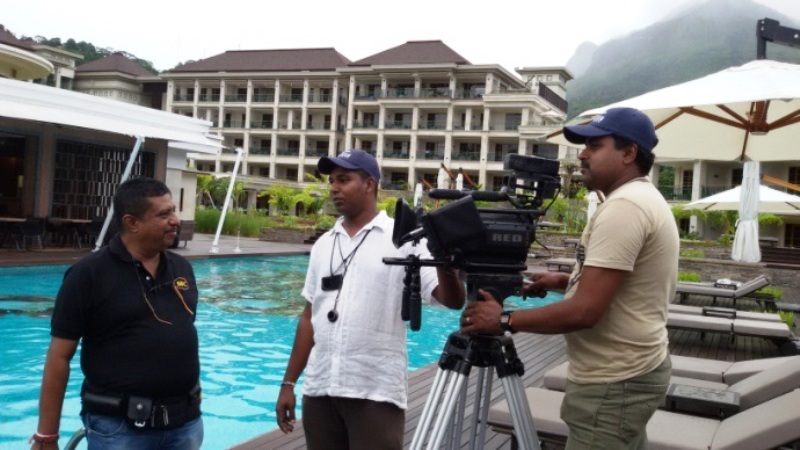 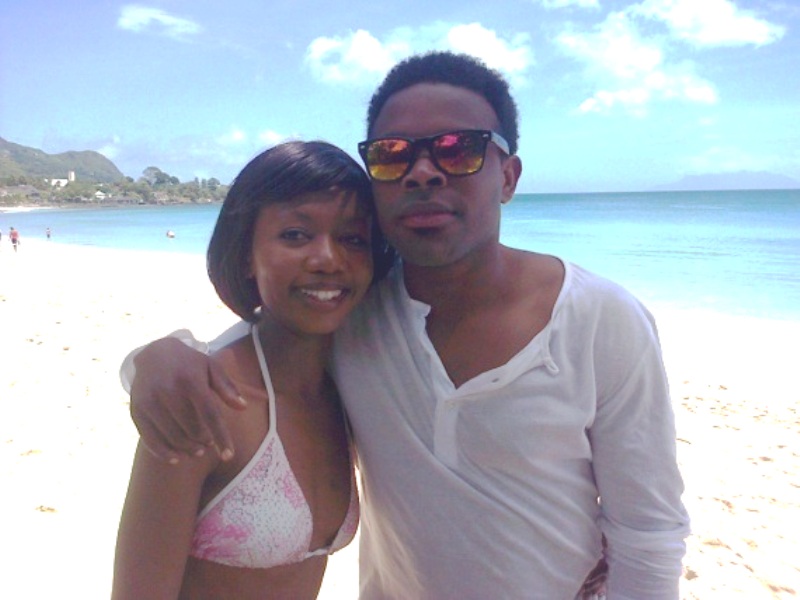 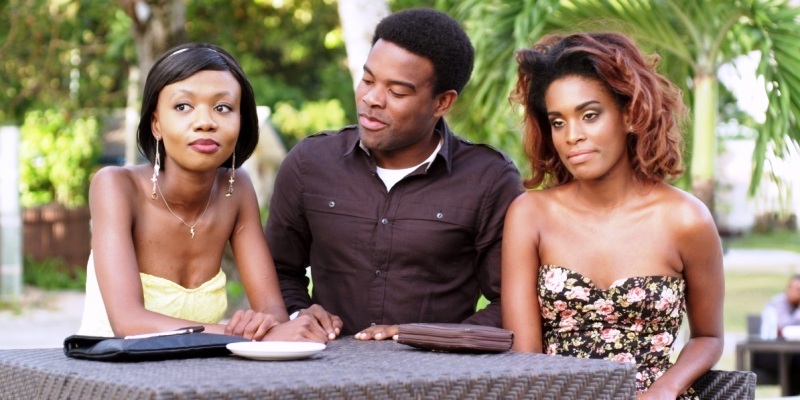