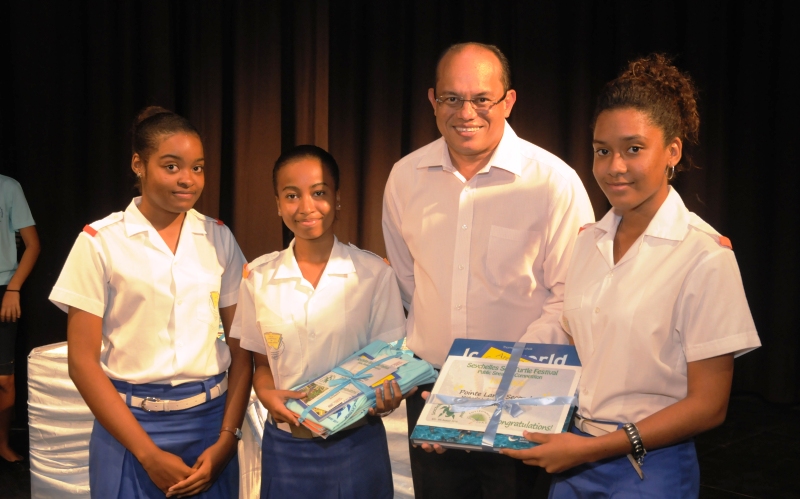 A festival aimed at showing support to the conservation of sea turtles was officially lanched on Friday by the Minister for Environment and Energy Professor Rolph Payet.

The ceremony, held at the National Theatre, Mont Fleuri, was attended by directors of schools, friends of sea turtles, teachers and students.

“Addressing you this afternoon gives a further proof of my ministry and the environment trust fund’s commitment to supporting education and environment awareness initiatives on conservation such as the sea turtle conservation,” said Professor Payet in his address.

“This year is our year, the year of the Small Islands Developing States. And true to our national theme ‘Seychelles a determined island nation’, we shall remain determined to protect and celebrate our sea turtles,” added Prof. Payet.

During the ceremony there were different songs on the conservation of the sea turtle interpreted by students from different schools.

The audience also had the chance to hear the winning public speaking team repeat their performance.

There were also different presentations on the different sea turtles and on the marine park. 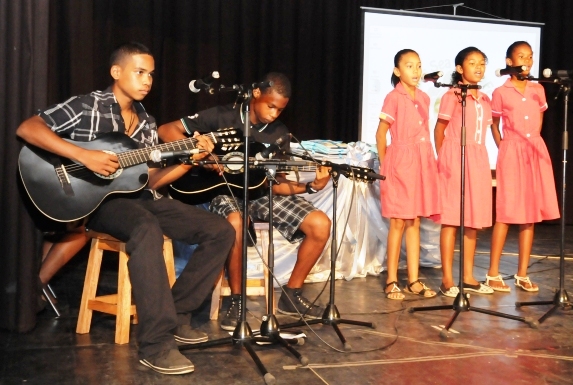